It is, of course, an aviation icon.

But Concorde almost never got off the ground following an Anglo-French row about its spelling, a new documentary reveals.

The supersonic jet was jointly manufactured by Sud Aviation, in Toulouse, and the British Aircraft Corporation, London and Bristol, under a 1962 Anglo-French treaty.

Legendary: Concorde had a take off speed of 220 knots (250mph) and a cruising speed of 1,350mph – more than twice the speed of sound 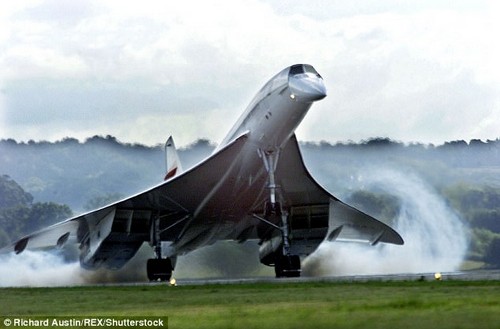 Iconic: Concorde was created under a 1962 Anglo-French treaty, but that almost collapsed after a spat between Charles de Gaulle and Harold Wilson

But the upcoming BBC documentary Concorde: A Supersonic Story reveals that the treaty was almost torn up in 1967 – in a row over how they would spell its name.

The two countries initially agreed on ‘Concord’ to show their harmony – before French President Charles de Gaulle added an ‘e’, to make the word French.

Furious PM Harold Wilson ordered the ‘e’ be removed, to revert it to the English translation and the fallout threatened to derail the entire project.

It was only in 1967 when Minister for Technology Tony Benn agreed to add the ‘e’ that the planes were finally finished in Bristol and Toulouse. 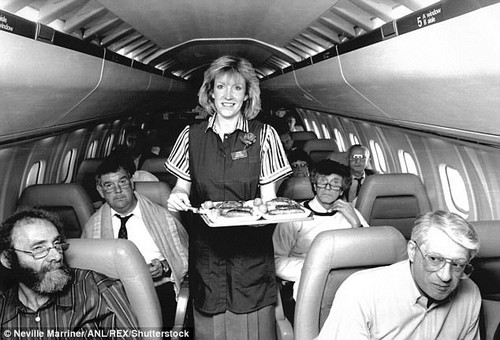 Branding: France and the UK initially agreed on ‘Concord’ to show their harmony – before de Gaulle added an ‘e’, to make the word French. Pictured are sausages being served on Concorde for the first time

Tuesday night’s BBC Four documentary also uncovers how spiralling costs yet again almost prompted the UK to pull out of the deal altogether.

‘They were dreaming of a future far from the world they actually lived in, which was a world of a bankrupt Britain and ration books.

THE HISTORY OF THE ICONIC CONCORDE

Concorde was jointly developed and produced by British and French engineers as part of an Anglo-French treaty.

A typical London to New York crossing would take a little less than three-and-a-half hours, as opposed to the normal eight hours.

A total of 20 aircraft were built in France and the United Kingdom. Six of these were prototypes and development aircraft.

The remaining 14 were split between Air France and British Airways.

Concorde was the most tested aircraft, having undergone 5,000 hours before it was allowed to carry passengers.

It was first flown in 1969, and first entered service in 1976. It carried commercial passengers for 27 years.

The aircraft’s four Rolls Royce engines used ‘reheat’ technology, which gave it the extra power for take-off and supersonic flight.

According to British Airways, Concorde’s fastest transatlantic crossing took place on February 7, 1996, when it travelled from New York to London in just two hours, 52 minutes and 59 seconds.

Both Air France and British Airways grounded their fleets for more than a year after 113 people were killed when one of the jets crashed minutes after take off from Paris in July 2000.

It was completely retired from service in 2003.

‘And yet here were these men dreaming up this Dan Dare world! Teams of engineers from Britain and France got on very well together. They liked pushing each other.

‘That competition between the engineers and the national pride involved led to a very successful machine.’

As the two countries’ engineers were working together, both sides of workers took language lessons to help them communicate.

The governments formed a treaty over the supersonic project and agreed on the name Concorde from the French word ‘concorde’ and the English ‘concord.’

In his memoirs Tony Benn recounts how the debate over the ‘e’ created nationalist uproar.

He told how an irate Scotsman wrote to him fuming: ‘You talk about ‘E’ for England, but part of it is made in Scotland!’

Given Scotland’s contribution of providing the nose cone for the aircraft, Benn replied: ‘It was also E for Ecosse!’ (The French name for Scotland).

Concorde’s flight engineer Philip Cairns told the documentary: ‘I thought the E did the aircraft a favour. It was a nice little touch. People were working together for the betterment of the aircraft industry.’

It is one of only two supersonic transports to have been operated commercially; the other being the doomed Soviet-built Tupolev Tu-144, dubbed ‘Concordski’.

Concorde was retired in 2003, three years after the crash of Air France Flight 4590, in which all passengers and crew were killed.

Twenty aircraft were built, including prototypes. Air France and British Airways were the only airlines to purchase and fly them.

They were used mainly by wealthy passengers who could afford to pay a high price in exchange for Concorde’s speed and luxury service. 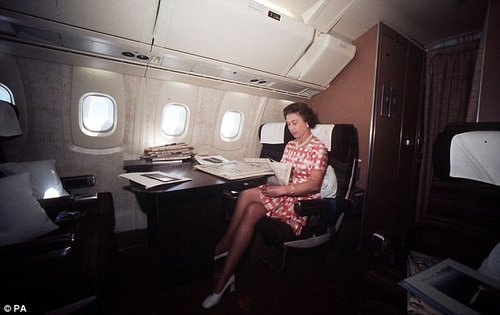 Luxury: HRH The Queen pictured on-board the supersonic Concorde after her Silver Jubilee tour of Canada and the West Indies

No more: Sadly, Concorde was completely retired from service in 2003 after 27 years’ service

The original program cost estimate was £70million  – but huge overruns and delays meant that the program eventually cost £1.3billion.

A BBC spokeswoman said: ‘The documentary reveals the life of the most glamorous aeroplane ever built, told by the people whose lives she touched.

‘We uncover rare footage telling the forgotten row between the governments over the spelling of Concorde. 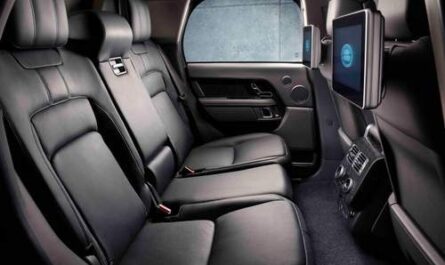 That where there is in Russia. Best gastronomic trips around the country