A globe-trotting couple who quit their jobs and swapped their suburban life for a round-the-world trip are now ‘dodging hurricanes’ and helping devastated victims.

Mark and Tracey Duckett, 54 and 51, took the plunge three years ago when they swapped their hectic life in Britain for the tropical paradise of the Caribbean islands.

Since they set off on their trip of a lifetime the pair have toured Europe and sailed to America, where they missed hurricane Maria by just 50 miles. Other dramas include being struck by lightning and saving a stray dog.

New life: Mark and Tracey Duckett, 54 and 51, pictured on board their boat in the Caribbean 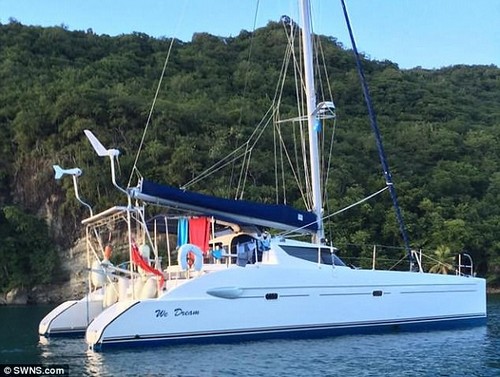 Sail away: The couple previously lived an unremarkable life in Hull, where they raised a family

Mark, a former restaurant owner, said: ‘We waited until our youngest daughter turned 18 before setting sail.

‘Tracey and I have planned the trip for many years and bought the boat around eight years ago in anticipation that one day we would travel the world on it.

‘We modified the boat to make sure that it was ready and were so excited to set off. I had sailed before but it was many years ago. I have had the idea since I was much younger but we finally decided to just go for it.

‘In the six years after we bought the boat we only took it out on the Humber for about 12 hours so it was a huge change of lifestyle. We sold everything, our businesses, cars, our house and the rest.

‘It has been the best three years of our lives.’ 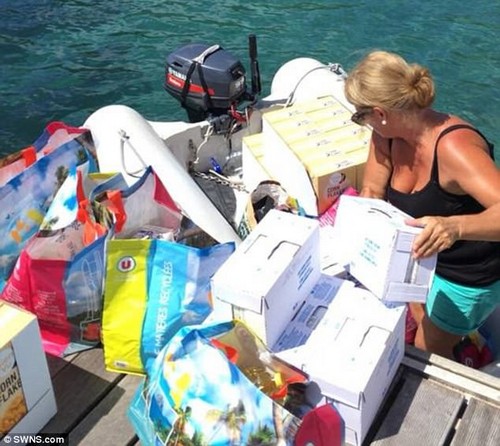 Although the couple, from Hull, East Yorkshire, traded their busy lives for the relaxing trip of a lifetime, in the last few months they have had to dodge a huge hurricane that they feared may ruin their dreams.

Mark said: ‘We have been dodging hurricanes for the last two months. Maria only missed us by 40 to 50 miles north which is very close.

‘We would have lost the catamaran and we wouldn’t have been insured, it was a scary time. The boat was hit by lightning late last year and we spent months repairing it, which set us back but have met some amazing people in Antigua, which is like a home away from home.’

The couple first sailed towards Spain, Portugal and the Canary Islands in 2015 before moving across the Atlantic to the Caribbean islands, which they have now made their home.

They make sure that they come home to the UK to visit at least once a year but have no plans to return just yet. 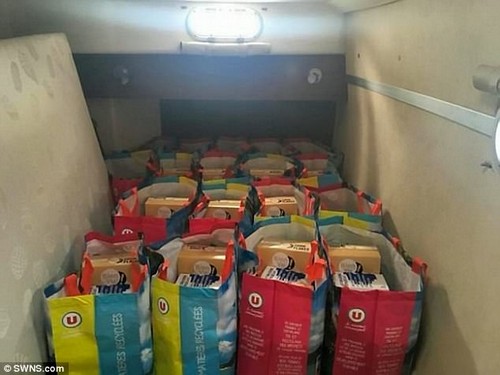 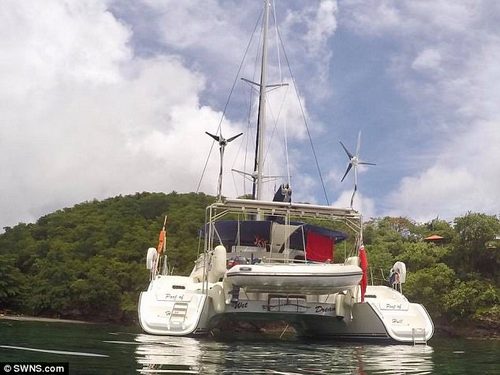 Good life|: The couple first sailed towards Spain, Portugal and the Canary Islands in 2015 before crossing the Atlantic to the Caribbean islands, which they have now made their home 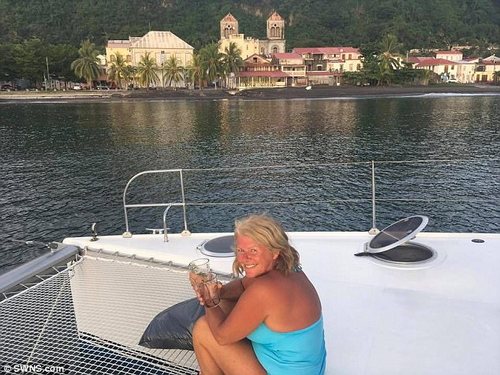 Cheers to that! Tracy raises a glass to the camera as she enjoys a new view from the deck

Mark added: ‘We were working 24/7 back at home and decided this is what we should do. We both absolutely love it over here, we have a brilliant life.

‘My wife would tell you she loves it even more than I do, we couldn’t be happier.’

The charitable couple have also been obtaining vital
non-perishable food for families in islands such as Guadeloupe and Dominica.

They’ve even brought in sweets at the request of the youngsters, with many left homeless after their houses were swept away by powerful winds. 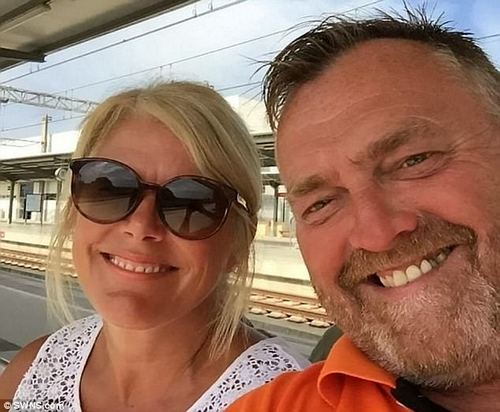 A fundraising page has been set up to encourage more donations and the couple want as many people as possible to donate what they can to help those in need.

They added: ‘Most of their homes have just gone. Some are under mud slides and even the ones that are still standing have had to have tarpaulin put over their roofs because they’ve blown off.’

The couple, who live permanently on the boat during their travels and run a blog at comelivethedream.com, plan to move on to Panama and the Dominican Republic next year but Mark is very relaxed about what the future holds.

He added: ‘The plan is there is no plan.’

To donate to the fundraising page visit: www.gofundme.com/aid-for-people-of-the-caribbean.

That where there is in Russia. Best gastronomic trips around the country