A mother and four children were killed in a head-on crash by a drunk driver who has a previous conviction for driving while intoxicated.

The crash happened on Sunday afternoon near Salem, Oregon, when a Land Rover driven by Favian Garcia collided head-on with a Buick Century driven by Lisette Medrano-Perez.

The 25-year-old and four children, three of whom were said to be hers and a fourth who was thought to be her niece’s, were pronounced dead at the scene. 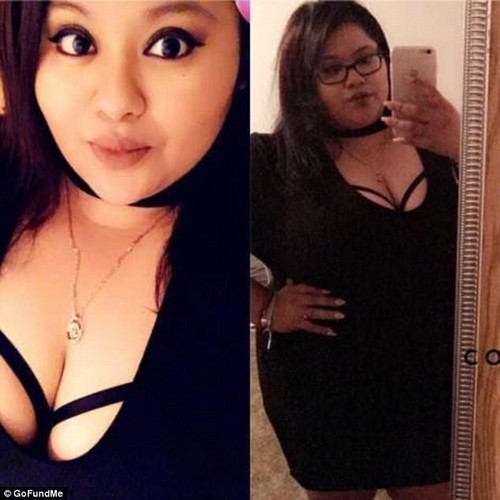 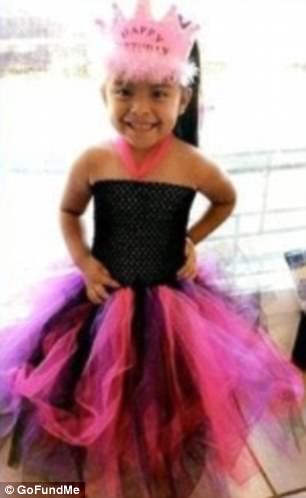 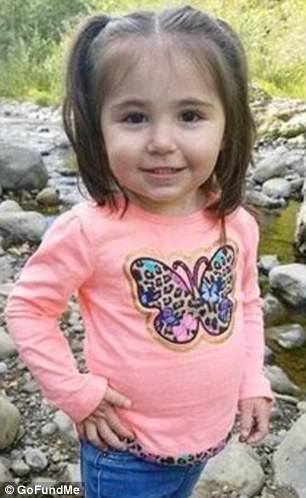 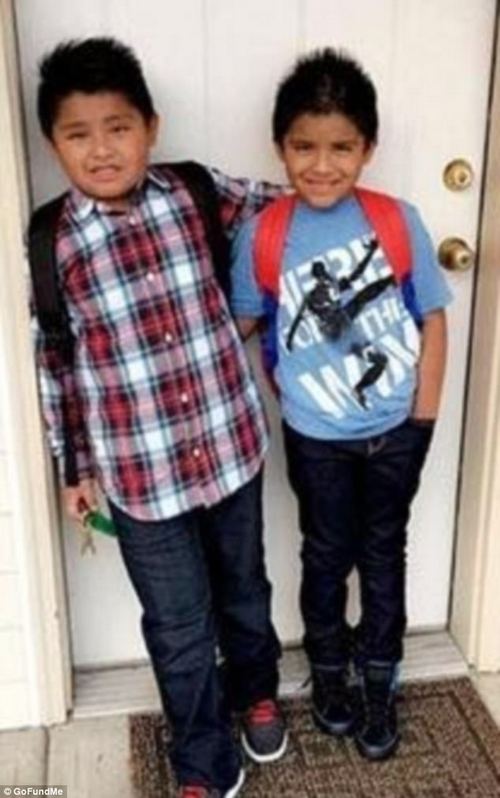 A family friend described the children as sweethearts. The two boys, pictured, attended Molalla Elementary School, where there were grief counselors for the ‘heartbroken’ students on Monday

Garcia had minor injuries and was arrested Monday on suspicion of five counts of manslaughter, driving while intoxicated, reckless driving and outstanding warrants from Marrion county.

It’s not yet clear if the 27-year-old has an attorney, but he is currently being held without bail and is set to appear in court on Tuesday.

Court records show Garcia pleaded guilty to driving under the influence of intoxicants in 2011 and was arrested on suspicion of the same crime in July.

In that incident he allegedly struck an empty car in Woodburn, Oregon, before fleeing the scene.

Records show that his blood-alcohol content was more than.15 when it happened, and a warrant was issued for his arrest when he failed to appear for a July court hearing in Marion County.

He also has a June 2013 arrest for interfering with a parole officer and a third-degree escape.

The cause of the crash is still under investigation. 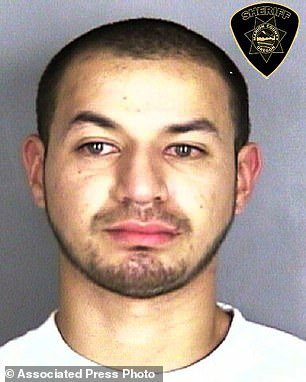 Favian Garcia, who has a prior drunk driving conviction, has been arrested and charged with five counts of manslaughter and driving while intoxicated after a Sunday crash

Medrano-Perez was remembered fondly by friends and family members on Sunday night when news of her death spread.

‘It was so surreal. It was like I was in shock,’ her long-time friend Maria Segoviano told KGW.com.

Segoviano described the mother-of-three as a ‘loving’ parent who was constantly smiling. She also said the children were sweethearts. 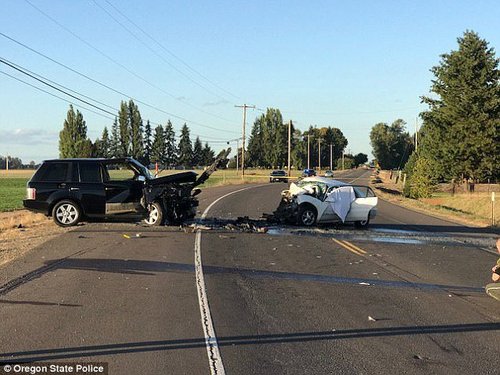 The crash happened on Sunday afternoon near Salem, Oregon, when a Land Rover driven by Garcia collided head-on with a Buick Century driven by Lisette Medrano-Perez

‘They were amazing children,’ she explained. They’re going to be truly missed.’

He said that many children already have ‘broken hearts’ and said he’s glad they have the resources to allocate child counselors for their additional support.

‘It’s amazing how much you can lose in one second,’ Segoviano said.

‘So try to live your life to the fullest.’

Fire rainbow stuns onlookers as it illuminates the sky

Melania Trump hits out at Ivana over ‘first lady’ comment