There are a lot of things that the new American president, unlike his predecessor, would like to achieve on the international stage, from climate change and tax reform to solving the Iran nuclear crisis.

But sad as it may sound, there are no problems on Joe Biden’s agenda for which Vladimir Putin is a plausible part of the solution.

The pandemic in the U.S. seems to be under control, and Americans are being vaccinated more rapidly — and with much greater enthusiasm — than Russians.

As concerns climate change, it would be nice to have Russia on board, but the negotiations that really matter are with Beijing and Brussels, not Moscow.

When the time comes, Russia will be brought to the negotiating table not by the Americans, but by the Europeans, spurred on by the EU’s proposed carbon border tax.

Nor does the fate of Biden’s pet global minimum tax for transnational corporations depend in any meaningful sense on Russia’s position.

Washington would dearly like to revive nuclear talks with Iran, but the Americans lost faith in the myth of Moscow’s role as a facilitator with Teheran way back in the Obama Administration.

There is likewise no longer any hope for a compromise with Moscow over Syria. Responsibility for the future of the Assad regime and the long-suffering Syrian people now rests entirely on the Kremlin, and the White House has no intention of preventing its Russian “partners” from enjoying all the pleasures of their prize. 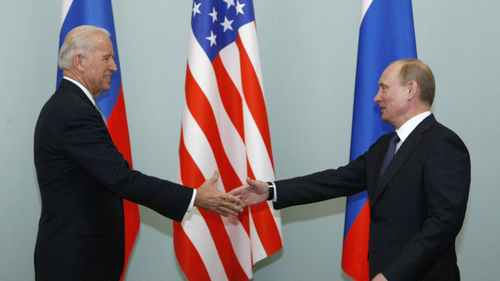 On strategic arms control, the low-hanging fruit — in the form of the renewal of New START — has already been picked, and there is little hope among experts or policymakers for an ambitious agenda beyond that, not least because of doubts in the U.S. Senate.

Moscow could, of course, cause problems if it wanted to, but Washington believes that strategic stability is as important to the Russian side as it is to them. On this front, at least, the Biden Administration is content to rely on Putin’s rationality.

In fact, the only major issue that cannot be resolved without Moscow is the conflict in Donbass. The accumulation of Russian forces along the Ukrainian border has Washington worried, of course, and that would appear to be the reason why forces are being accumulated.

But here, too, the Americans are not convinced that they have a negotiating partner in Moscow. The Kremlin, Washington believes, is set on freezing the Donbass conflict on a permanent basis, and there is nothing Washington could offer that would be sufficient to move Moscow off of that position. And if that’s the case, then what is there to talk about?

Moscow evidently decided to correct this unfortunate state of affairs by means of escalation, forcing the Americans to question their own analysis.

What if we’re wrong, and Moscow doesn’t want the conflict frozen? What if they’re preparing for an annexation? Or to take Kiev?

Analysts at the State Department, the Pentagon, the CIA and the NSC are combing through their scenarios and have come to the conclusion that it is impossible to rule out a large-scale Russian intervention. That is, of course, alarming.

But the problem is that it is equally impossible to prevent a large-scale Russian intervention, if the Kremlin does in fact have its heart set on war.

No one in the West is prepared for a direct military confrontation with Russia, a fact clearly understood by all parties in this process.

As for diplomacy, Merkel and Obama tried asking Putin not to take Crimea, and we can see how that worked out;

Biden is unlikely to see himself as a better negotiator. If asking nicely won’t help and fighting is off the table, that leaves deterrence — and effective deterrence does not require negotiations.

As it is, the Kremlin has a good sense of the sanctions it will face if it invades Ukraine.

There is, though, one joker in the deck: Ukraine’s request for a NATO ‘Membership Action Plan.”

Moscow, obviously, is opposed, and the troop buildup on the border is meant to underscore the possible consequences for all involved.

But the logic of cause-and-effect here is backwards.

American (and British) rhetorical support for Ukraine’s NATO MAP is made possible by their knowledge that it will be blocked by Berlin and Paris, at the very least (just as they blocked George W Bush’s attempt to bring Georgia and Ukraine into the fold at the Bucharest summit).

Biden has neither the will nor the means to convince his Western European allies of the wisdom of bringing Ukraine into the alliance.

Putin, on the other hand, does have the means: any reasonably sized force sent across the border into Ukraine will leave NATO with almost no other choice. Whether Putin has the will is another question. For the moment, it seems he does not.

The Kremlin, though, does like to manufacture reasons to negotiate and to collect negotiating tables.

And Putin, in these pictures, remains true to his principles (and thus to Russia’s), and steadfastly refuses to capitulate. All available evidence suggests that this is the primary motivation behind the current posing in Ukraine’s general direction.

The Biden Administration has concluded that the gains from this particular game are too unevenly distributed.

Rushing to the negotiating table in response to saber-rattling, only to leave with empty handed while gifting Putin a propaganda victory is hardly an attractive prospect.

That is why the Americans have chosen a tactic not so much of the carrot-and-stick variety, so much as “my way or the highway.” If Putin really wants to talk, Biden will be there — but on Biden’s terms, not Putin’s.

Rejecting the idea of negotiations with Russia for negotiations’ sake is one key difference between the Biden Administration and that of his predecessors (both Trump and Obama, as it happens), but it’s not the only one.

The second major difference is more subtle, but perhaps not less important.

During the drawn-out Democratic Party primaries, candidates on the left flank of the party were fond of saying that the party shouldn’t worry about being called ‘socialist’ by the Republicans. That, they said, was a label that the GOP would apply to whoever got the nomination, and so it would be a fool’s errand to worry about how candidates and policies would play on Fox News.

Biden, it seems, learned this lesson and applied it to foreign policy.

We no longer see much hand-wringing in Washington about the rhetorical opportunities that White House decisions and State Department statements might create for Dmitry Kiselev or Margarita Simonyan. Jen Psaki has sworn off long-distance sparring matches with Maria Zakharova and Dmitry Peskov.

Behind this stands an understanding that Moscow’s spinmeisters are going to get their own, regardless of what Washington says or doesn’t say. That recognition unties American hands, allowing them to pursue their interests without worrying about how it will look on Russian television.

That’s what makes it possible to call Putin a murderer on one day, invite him to a summit a few weeks later, and impose sanctions on sovereign debt the very next day. And the White House couldn’t care less whether that sends Vladimir Solovyev’s head spinning.

That leaves Putin to deal with an American administration that expects little from Moscow, wants even less, and — to add insult to injury — is unperturbed.

This, the Biden Administration believes, is the way relations with Moscow should be at the moment: distanced and dispassionate. Whether this approach will turn out to be more effective is an open question. But Moscow may want to stop making jokes at Biden’s expense, and start thinking a bit more systematically about how it wants to adjust. 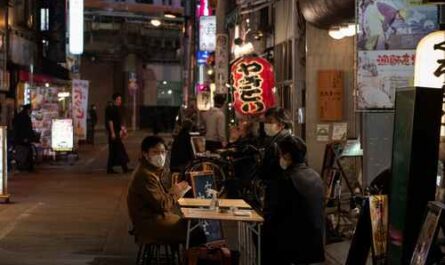