A Kentucky bishop has claimed Donald Trump cannot be pro-life, because he is “only concerned about himself”.

“For this president to call himself pro-life, and for anybody to back him because of claims of being pro-life, is almost willful ignorance,” the reverend said when asked about the church’s role in November’s presidential election.

“He is so much anti-life because he is only concerned about himself, and he gives us every, every, every indication of that,” Mr Stowe added. 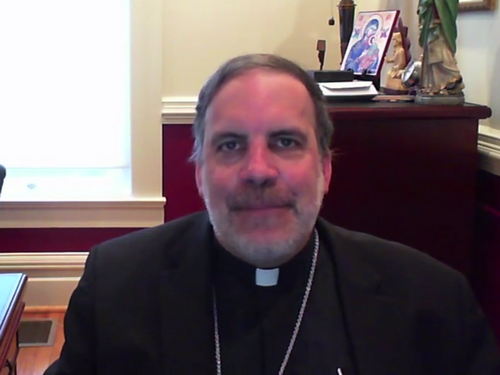 During an interview with The World Over on 23 June, the president criticised presumptive Democratic candidate Joe Biden for his stance on abortion, while he claimed that he is pro-life.

“I’m pro-life; he’s not, and the Democrats-look who he’s putting on the court,” he said. “I’m pro-life. The Democrats aren’t. Nobody can say that Biden is. Look at his stance over the years.”

Mr Stowe added during the discussion that he agrees with comments made by Pope Francis about what it means to be pro-life, after the religious leader himself doubted the president’s beliefs.

According to the National Catholic Reporter, in 2017 Pope Francis said: “I have heard the President of the United States speak,” and added: “He presents himself as a pro-life man. If he is a good pro-lifer, he should understand that the family is the cradle of life and you must defend its unity.”

Mr Stowe said that his interpretation of the Pope’s comments are that “we can’t claim to be pro-life if we support the separation of children from their parents at the US border, if we support exposing people at the border to Covid-19, because of the facilities that we’re in”.

He added: “If we support denying people who have the need to adequate healthcare access to that health care, if we keep people from getting the house or the education that they need, we cannot call ourselves pro-life.”

In the past few weeks, the president has repeatedly claimed that the Democrats and Mr Biden are anti-religion, while on the campaign trail.

Those comments followed a speech he made last Thursday, where Mr Trump took aim at the former vice president and claimed that he is “against god”. 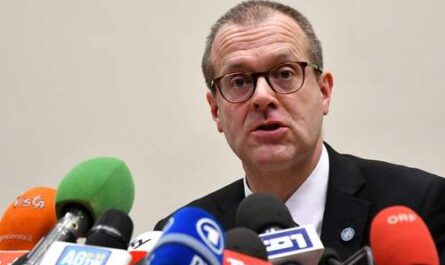