According to Federal Elections Commission (FEC) commissioner Ellen Weintraub on Monday, there is a “substantial chance” that results for November’s presidential election may not be known on election night, as voters turn to mail-in ballots amid the coronavirus pandemic.

“Let me just tell everybody, we’re all going to need to take a deep breath and be patient this year because there’s a substantial chance we are not going to know on election night what the results are,” Ms Weintraub said on CNN’s “New Day.”

“Probably for the presidency, but maybe for many other races that are important to people, and that’s OK. If it takes a little bit longer to count all the votes accurately, that’s what we need to do in order to ensure that everyone’s vote counts,” she continued.

Ms Weintraub said you could “absolutely” have an “honest election with mail-ballots”, and told the show’s host that “the military’s been doing it since the Civil War, there are many states that have robust mail-in voting systems already in place.” 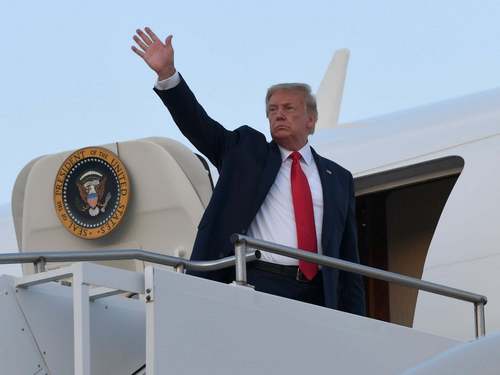 She added that in 2016, some 25 per cent of votes came from mail-ballots, and in an apparent swipe at Donald Trump, said “voting experts do not really distinguish between absentee voting, which the president and the vice president have endorsed, and mail-in voting”.

President tries to distance himself from long-term associate Steve Bannon after his arrest over Mexico wall fraud, saying he did it in order to showboat

“As everyone knows, President Trump has no involvement in this project and felt it was only being done in order to showboat, and perhaps raise funds,” Ms McEnany said, per White House pool.

“President Trump has previously and publicly stated the following: ‘I disagreed with doing this very small (tiny) section of wall, in a tricky area, by a private group which raised money by ads.  It was only done to make me look bad, and perhaps it now doesn’t even work.  Should have been built like rest of Wall, 500 plus miles,'” she added. The quote comes from the president in July 2020. 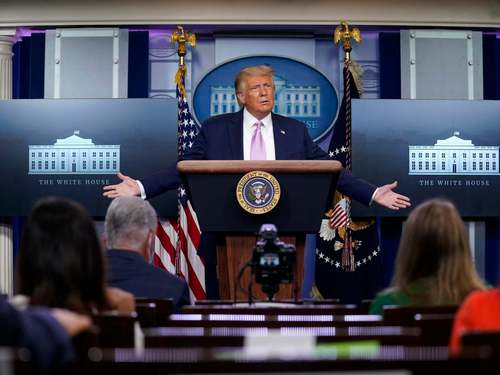 “President Trump has always felt the Wall must be a government project and that it is far too big and complex to be handled privately.  The Trump administration has already built over 300 miles of border wall, thanks to the great work of our Army Corps of Engineers, and will have almost 500 miles completed by the end of the year.  Our southern border is more secure than it has ever been,” she continued.

“President Trump has not been involved with Steve Bannon since the campaign and the early part of the Administration, and he does not know the people involved with this project.”

Mr Bannon and three other people were indicted on charges relating to money laundering and wire fraud. They allegedly funnelled money from a crowdfunding border wall campaign into other areas for personal gain, federal prosecutors said.