Russia is building a coastal base for its unmanned underwater “doomsday nuke” to extend its lifespan, the Izvestia newspaper reported Thursday, citing specifications it said it had obtained.

The Defense Ministry had indicated in 2020 that testing of the torpedo-shaped Poseidon drone was nearing completion but its launch was postponed to 2021. Russia was due to test-launch the Poseidon in the Arctic aboard one of two special-purpose submarines carrying it in the fall.

Russia plans to complete a storage and maintenance base with warehouses and workshops where the Poseidon will assume combat duty and conduct launches by June 2022, Izvestia reported.

While the base’s location has not been disclosed, it is known that at least 30 Poseidons are expected to be deployed in the Russian Navy’s Northern Fleet and two others in the Pacific Fleet. According to Izvestia, crews of the Belgorod submarine have already begun “practical training” of the new weapon.

Military experts interviewed by the publication noted that the coastal base and its accompanying infrastructure are needed to extend the Poseidon’s service life.

“Throwing such equipment directly in the water is like throwing it away and turning it into a piece of scrap metal,” Izvestia quoted Rear Adm. Vsevolod Khmyrov as saying.

Voters chose the underwater nuclear-powered drone’s name of Poseidon in a 2018 online poll. Izvestia reported that its previous code name was Skif, a name that some outlets said referred to the drone’s seabed-launch variation.

Fashion photographer Roman Phillipov, 33, snapped the chic photos of his friend, janitor Yury Vetlugin, in a bid to raise funds to help pay off Vetlugin’s debts — and the photos have become the latest Russian internet craze.

The fashionable GQ-esque photographs appear alongside ordinary pictures of Vetlugin, 42, at work in the city of Ufa in Russia’s republic of Bashkortostan and his not-so-glamorous life story.

“I first met Yura as a kid at a summer camp for children with disabilities where my mother worked,“ Phillipov wrote. “Yura was left on the doorsteps of an orphanage as a newborn. He grew up there and was diagnosed with a psychological disability.” 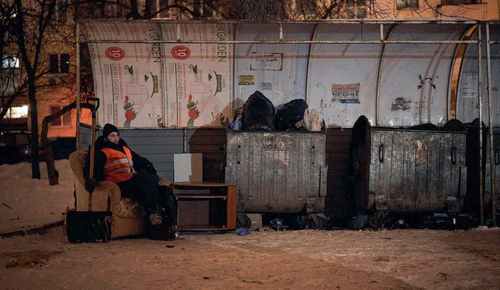 Phillipov’s mother and grandmother have been supporting Vetlugin for years — sheltering him at their house and later helping him get state-guaranteed housing — until he fell prey to scammers several years ago, the photographer said.

Vetlugin was tricked into taking out the equivalent of $7,000 in loans and then forcibly taken to a nearby village to work as an unpaid houseworker. He managed to escape to Ufa and find his way back to Phillipov’s relatives after nearly being murdered with an axe by his captors.

The idea to have Vetlugin pose for the stylish fundraiser came to Phillipov after he discovered Vetlugin’s natural photogenic qualities while taking pictures of his ordinary day as a janitor.

“I thought to myself: ‘He is so handsome — why don’t I film him like I can like I always do?’ So I did,” Phillipov told the local UTV television channel.

Phillipov asked his followers to make small donations to Vetlugin, who “could be on a real GQ cover if only he had a little more luck in life.” Just days later, he raised nearly double the requested amount.

“I did not expect this to happen,” Vetlugin told UTV, crying with joy.

While his first foray into modeling broke the Russian internet, Vetlugin remains cautious with hopes for a big modeling career.

“I was already invited to do a shoot for a glasses commercial, but we will see what happens after that.” 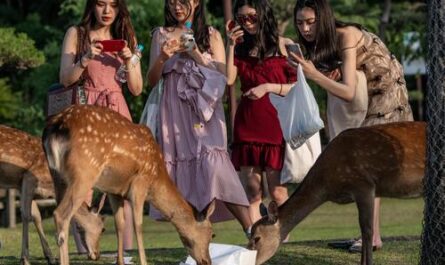