Born on the Greek island of Corfu in 1921, Prince Philip was bundled out of the country in an orange cart when he was just a baby, or so the story goes. And while few Corfiots have any sentimental attachment to the late prince, he remains an undeniable part of the island’s colourful history.

And it has now emerged that he made one final journey to his place of birth, thirty years after the family’s escape.

Plans for the Corfu Heritage Foundation to create a permanent exhibition to the late Duke of Edinburgh at Mon Repos, the elegant neoclassical villa where he was born, are now under way.

It is only fitting, says Count Spiro Flamburiari, chair of the foundation, that the man who became the longest-lived male member of the British royal family be commemorated on the island where he was born.

There is currently a plaque dedicated to the prince outside Mon Repos – one of the few visible reminders of the late prince’s connection to the island – which was placed there by the foundation.

Corfu, along with the other Ionian islands, was a protectorate of Britain between 1815 and 1864, ending a nearly 400-year period of Venetian rule, during which time the island had become an iconic and strategic bastion of Christendom as the Ottoman Turks swept through the Balkans. Though it was already an intriguing fusion of Venetian and Greek elements, the British added their own spin to their new colony: most eccentrically in their introduction of cricket, a sport which remains popular on the island to this day.

In 1831, the British built Mon Repos, an elegant neoclassical villa on a wooded promontory just south of the capital. Intended as a summer residence for the island’s governor, it was rarely used, and was passed on to King George I of Greece when Corfu and the other Ionian islands were returned to Greek rule in 1864. 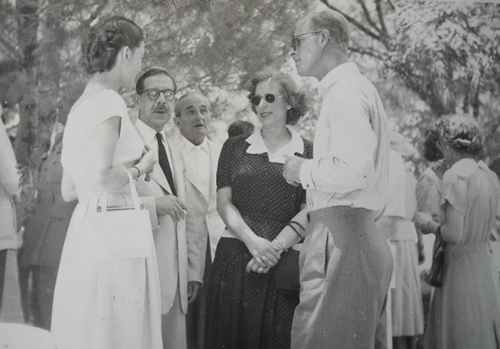 It was at Mon Repos that Philip was born on 10 June 1921, allegedly on the villa’s dining room table, as the doctor considered it a more suitable surface on which to give birth than the bed. The first ever photograph taken of Prince Philip was taken at Mon Repos, showing him in his mother’s arms.

As a member of the Greek royal family, he was christened Philippos at the local Greek orthodox church of St George, a beautiful, temple-like structure located inside the island’s old fort. The event was celebrated with some fanfare according to the local newspaper Syntagmatiki, which reported that crowds flooded the square outside the church while two local philharmonic bands performed the Greek national anthem.

Speaking to The Independent today, the great-grandson of Kokotos, Yorgos Mamalos, shares a copy of his great-grandfather’s invitation to the christening.

“I am incredibly proud that my great-grandfather was honoured as godfather to Prince Philip,” Mamalos says. A copy of this invitation, which was left in the possession of the family, was given to Prince Charles in May 2018 when he visited Greece. “I was told that Prince Charles was very moved by this memento,” Mamalos adds.

The invitation lists the municipality of Corfu, represented by Mayor Kokotos, as Philip’s godfather, and lists HM Queen Olga the Queen Mother, HRH the Crown Prince George and Lord Louis Mountbatten as godparents.

The day after the christening, Mayor Kokotos hosted a reception for the family at his home. In his toast, he referred to the “beloved Philippos” and reiterated his honour that the Municipality of Corfu, represented by him, had been chosen as his godfather.

However, political upheaval related to Greece’s disastrous war against Turkey led to the abdication of Philip’s uncle, King Constantine, and the exile of the Greek royal family, effectively severing Philip’s ties with Greece and Corfu.

But his death has renewed interest about him on the island. The current mayor of Corfu, Meropi Ydraiou, and the Corfu Tourism Board both released statements expressing condolences at his passing. Mayor Ydraiou also gave tours of Mon Repos to visiting media, mostly from the UK.

In recent days, several historical documents have been unearthed on Corfu related to Philip’s formative days on the island. On Saturday, Philip’s original birth certificate, handwritten in Greek by a local priest, was discovered in the island’s archives, having lain untouched for 99 years.

The Independent also obtained a photo from Prince Philip’s final visit to the island in 1951, made on the invitation of Stamatis Desyllas, the mayor of Corfu at the time.

“As the mayor, Mayor Kokotos was technically the godfather of Philip,” says Daria Koskorou, whose great-grandmother hosted the lunch at her family’s country house, Koukouritsa. Philip also signed the house’s guest book, confirming the date, 21 June 1951. This was the last time that Philip would visit his birth island.

It is unclear whether Philip also took the opportunity to visit his birthplace of Mon Repos while on the island, although one imagines that the temptation would have been too great to resist.

Today Mon Repos remains stoic, if slightly worse for wear. It hosts a hodgepodge exhibit of old photographs and archaeological finds, with only a few rooms reminiscent of their past glory. Most Corfiots visit it just for its shady, sprawling park and secluded beaches.

Flowers have been laid at Mon Repos by British expats (Corfu has some 7,000 of them) who feel the Prince’s death much more than the Corfiots do.

Of the country of his birth, Prince Philip once said: “I certainly never felt nostalgic about Greece. A grandfather assassinated and a father condemned to death does not endear me to the perpetrators.”

But Flamburiari, who once met Prince Philip in London and recalls his vivid sense of humour, feels that a permanent exhibition at Mon Repos might be the best way to commemorate the late prince. Mayor Ydraiou is also supportive, and says: “It would be our great pleasure to support such a great cultural project, as the Corfu Heritage Foundation proposes.”

Flamburiari believes that there are enough artefacts related to Philip’s time on Corfu to make a meaningful, permanent exhibition, perhaps in the very dining room where he was born almost a century ago. Flamburiari says he has good relations with Buckingham Palace and believes they might also contribute to such an exhibit, while he sets up talks with local authorities on the island. 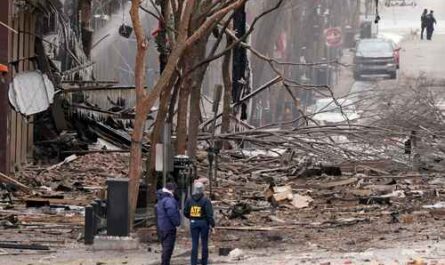