A Kremlin-loyal news outlet has gained access to the Black Sea palace that jailed opposition leader Alexei Navalny links to President Vladimir Putin, confirming his claims that the property had to be gutted and rebuilt due to design flaws.

Video published by the Mash Telegram channel Friday showed its chief editor being escorted inside the marble palace teeming with construction.

“The location is one slab of concrete,” Mash chief editor Maxim Iksanov says in the six-minute clip, appearing to contradict Navalny’s claims of the marble palace’s luxurious interior in a viral video investigation.

But Navalny’s chief investigative aide Maria Pevchikh said the video confirms his reporting that the palace had to be gutted and redone because of poor ventilation design that led to mold.

“Satellite images from six years ago showed that the palace was completely ready,” Navalny said in the Jan. 19 investigation.

“But then disaster named mold and sloppiness hit. … In all, they decided to redo everything. They stripped the walls, stripped the marble, took out everything of value, literally threw billions in the trash and started work again.”

Photos taken in 2011 by environmental activists opposed to its construction showed the fully built exterior and interior of the palace that Navalny estimates cost $1.35 billion to construct.

In his investigation, Navalny reproduced images of detailed floor plans. Mash’s Iksanov toured the hookah lounge, the so-called dirt room and the “aquadisco” featured in Navalny’s investigation, showing them still under construction.

Iksanov said a “technical supervisor who has been monitoring construction for six years” told him that the project will take around five years to complete.

“One last question: Why hasn’t the owner of all this property been named? Whoever you are, please respond,” Iksanov implored.

Putin denied this week that the palace belongs to him.

Meanwhile, the Open Media investigative news website has tracked down at least five contractors involved in construction and services for the property who had referred to it as “Putin’s palace” before promptly deleting the information from their websites.

Navalny’s video investigation was published following his swift jailing upon his return from Germany, where he spent months recovering from Novichok nerve agent poisoning. Both events galvanized tens of thousands to rally in his support nationwide.

Saturday’s rallies saw a single-day record of over 4,000 detentions across more than 120 Russian cities and Navalny’s allies plan to stage a second round of protests this Sunday.

It’s Time for Georgia to Choose Its Future 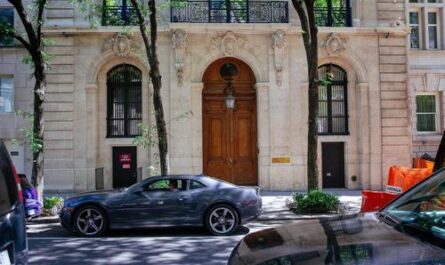