A Texas lawyer had his Zoom filter stuck on a filter of a cat during a court appearance in the 394th District Court in Brewster County, in a hilarious technical mishap.

County Attorney Rod Ponton sounded unmistakably anxious as he said: “Are you there judge?” After being alerted to that the fact that his face was not showing up on the call.

“I don’t know how to remove it, I got my assistant here, she’s trying to,” Mr Ponton said while the mouth and eyes of the cat moved along with his words and movements.

“We’re prepared to go forward with it,” he said, appearing to admit defeat.

“I can see that,” the judge said after a few seconds of awkward silence.

Judge Roy Ferguson presides over a number of counties in West Texas, close to the town of Marfa and the Mexican border. He tweeted a video of the interaction, saying: “IMPORTANT ZOOM TIP: If a child used your computer, before you join a virtual hearing check the Zoom Video Options to be sure filters are off. This kitten just made a formal announcement on a case in the 394th.” 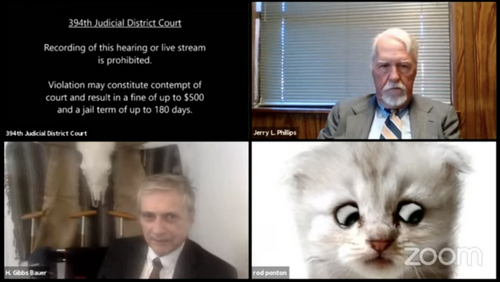 He added: “These fun moments are a by-product of the legal profession’s dedication to ensuring that the justice system continues to function in these tough times. Everyone involved handled it with dignity, and the filtered lawyer showed incredible grace. True professionalism all around!”

Mr Ponton told Vice: “Oh, that was just a mistake by my secretary. I was using her computer and for some reason, she had that filter on. I took it off and replaced it with my face. It was a case involving a man trying to exit the United States with contraband and contraband cash. All it was was a mistake. It was taken off and we had the hearing as normal.” 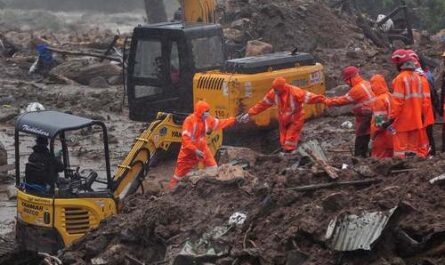