Ms Hurley was speaking out during Breast Cancer Awareness Month as the famous pink ribbon marks its 25th anniversary.

‘My grandmother found her own lump,’ she said. ‘She didn’t talk about it, she was scared, she didn’t go to her doctor for a year.

Liz Hurley has spoken about her guilt at ‘not being there for’ her late grandmother as she battled breast cancer.

Speaking on Sky News on Tuesday, the model and actress, 52, told of her grandmother’s fear after being diagnosed with the disease in the early 1990s, at a time when it was not widely spoken about.

‘She didn’t talk to us about the treatment she was going through.  We weren’t there for her like I know people will be with their loved ones now who are going through breast cancer because we didn’t know anything about it and we were all scared.’

Hurley’s grandmother passed away from the disease in 1992 after undergoing a double mastectomy.

The model, who is mother to Damien, 15, said today: ‘Twenty-five years ago there was no pink ribbon, there was no Breast Cancer Awareness Month.

Speaking on Sky News this morning Liz, 52, told of her grandmother’s fear as she battled the disease in the early 1990s, at a time when it was still not widely spoken about

Ms Hurley was speaking out during Breast Cancer Awareness Month as the famous pink ribbon marks its 25th anniversary. She said: ‘My grandmother … didn’t talk about it, she was scared’

‘When I was asked to start raising funds and awareness for this campaign, just when they’d started, I’d just lost my grandmother to breast cancer so I knew.

‘When Evelyn Lauder said to me that women were dying all over the world and not talking about it, that really struck a note because I knew.’

Businesswoman and philanthropist Evelyn Lauder, who died in 2011, is credited as one of the creators of the breast cancer ribbon and gave Hurley her first modelling job with the beauty giant at the age of 29.

Close to her heart: Hurley is a global ambassador for Estée Lauder’s breast cancer awareness campaign, who created an ‘Elizabeth Pink’ lipstick to raise funds

She added: ‘It’s a new world now for breast cancer, as far as that’s concerned. It’s a ubiquitous symbol across the world in terms of hope for women. So much progress has been made in treatments for women over those 25 years and the conversation is open, we talk about it now.

‘We really hope that, one day, we won’t be talking about it because we’ll have a cure.’

Hurley has previously told how her grandmother once showed her scars from a double mastectomy but then quickly changed the subject. 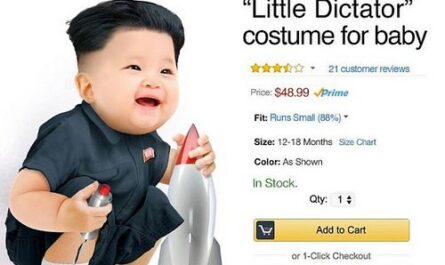 Memes of well known people as baby costumes on Instagram

Steph Claire Smith on how boxing transformed her physique