Ministers are ready to spend billions on new border controls to prepare Britain for leaving the EU without a trade deal, Theresa May has indicated.

The Prime Minister told MPs they were preparing for ‘every eventuality’ in the Brexit negotiations – including the possibility that Brussels continues to stall on a new free trade deal.

HM Revenue and Customs last night set out the first detailed proposals for policing a new post-Brexit border in the event of no deal.

A white paper published by HMRC states that a new customs regime will be ready ‘from day one’ after Brexit, regardless of whether the EU agrees a trade deal.

Plans include the creation of new inland lorry parks to check imports without causing queues at major ports like Dover and Harwich.

A leaked document from the Department of International Trade also lays out radical contingency plans for leaving without a deal.

Ideas contained within the so-called ‘Project After’ document including dropping all import tariffs and becoming a champion of free trade. A senior government source last night said contingency plans would be stepped up after Christmas if Brussels continued to drag its feet.

Preparing the physical infrastructure for a new border regime is likely to cost several billion pounds and require the recruitment of thousands of staff. 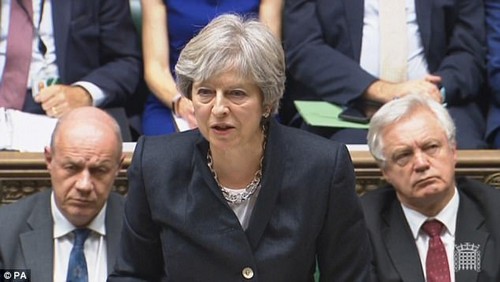 ‘It will be expensive, but we can do it and we will,’ the source said. ‘We don’t believe we will leave without a deal. But the EU has to understand that we are serious about going it alone if we have to.’

Mrs May yesterday told MPs that the white papers on customs and trade paved the way for new laws ‘to allow the UK to operate as an independent trading nation and to create an innovative customs system that will help us achieve the greatest possible tariff and barrier-free trade as we leave the EU’. 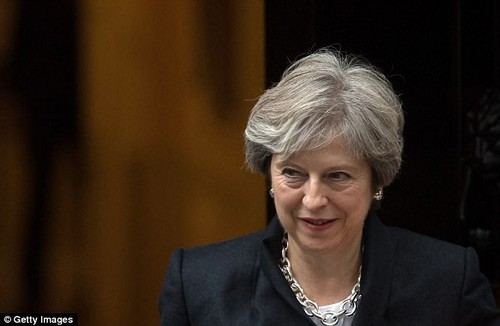 ‘It is also our responsibility as a Government to prepare for every eventuality, so that is exactly what we are doing,’ said Mrs May

She added: ‘While I believe it is profoundly in all our interests for the negotiations to succeed, it is also our responsibility as a Government to prepare for every eventuality, so that is exactly what we are doing.

‘These white papers also support that work, including setting out steps to minimise disruption for businesses and travellers.’

The intervention came after Brussels rejected Mrs May’s offer to plug a £20billion black hole in the EU’s budget after the UK leaves in 2019. The PM said the olive branch – contained in her Florence speech last month – meant that the ball was now ‘in their court’. 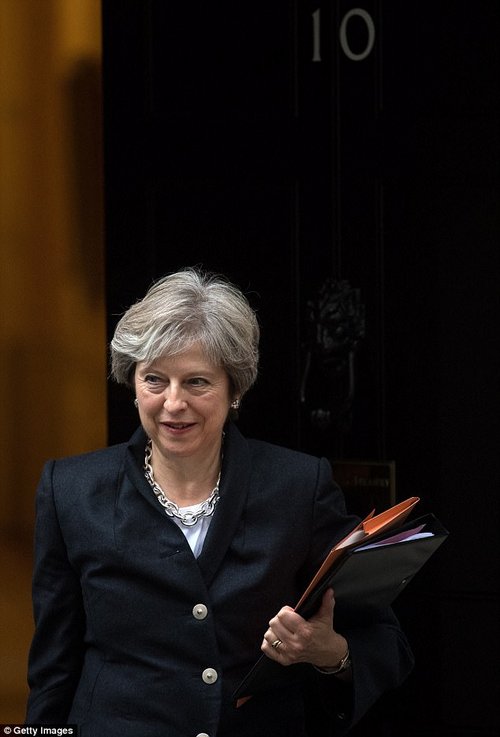 But the European Commission’s chief spokesman Margaritis Schinas rejected the idea, saying: ‘There has been so far no solution found on step one, which is the divorce proceedings, so the ball is entirely in the UK court for the rest to happen.’

Ministers believe there is no chance of the EU declaring ‘sufficient progress’ has been made on the divorce proceedings to allow trade talks to begin when national leaders gather for a crunch summit in Brussels next week.

Privately they remain optimistic that trade talks will begin by Christmas. But they are determined to show the EU that the option of leaving without a deal is not an idle threat. One source said: ‘Cameron’s biggest mistake was that the EU never believed he was willing to walk away, whatever they offered him, so they offered him next to nothing. We are not going to repeat that mistake.’ Eurosceptic MPs yesterday warned the PM that her Florence speech had gone far enough in offering concessions.

Tory MP Philip Davies told Mrs May the Florence speech ‘seemed like a reward for the EU’s intransigence’. He asked for a guarantee that there would be ‘no more rewards’ for Brussels.

Mrs May told MPs it was now time for the EU to show flexibility.

The HMRC document says efforts will be made to ‘mitigate the impact on traders’ who deal with the EU and whose goods would suddenly face new tariffs and customs checks. Importers would be required to give advance notice of goods arriving in the UK. 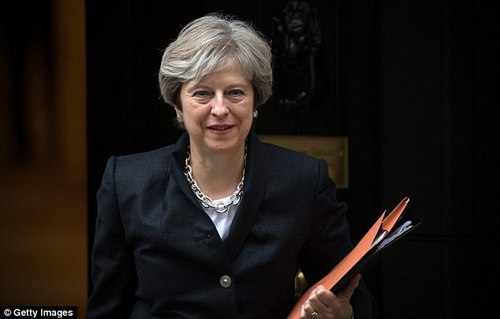 And new lorry parks would be set up inland to handle customs checks to stop ports becoming clogged up.

Labour leader Jeremy Corbyn said the documents showed ‘no real progress has been made’.

The EU’S chief Brexit negotiator believes that speeding up talks on the ‘transition’ deal Theresa May has requested could break the deadlock in negotiations. Michel Barnier has told European diplomats bringing forward discussions on the arrangement will help the Brexit talks to succeed.

Theresa May yesterday repeated her wish to start crafting an ‘implementation period’, which would effectively see the UK remaining part of the EU bloc for two years after Brexit in 2019.

EU leaders are expected to discuss the move in Brussels next week.

30 giraffes cross road in front of tourists in Kenya