Amazon Game Studios’ 4v4 sports brawler Breakaway is officially on hiatus, according to an update on the game’s website. After running a public Alpha from June to September, the developer says the game needs to be reworked. 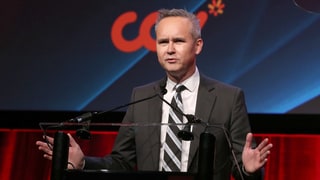 “Over the course of the Alpha we received a lot of feedback from you that we’re taking to heart,” the developer writes. “In order to get it right, we’re letting our team take the time to iterate and evolve Breakaway’s core gameplay to deliver what you’ve asked for. We aren’t sure how long this will take, but we think it’s the right thing to do for the game, and you, the community.”

Kotaku paints a less rosy picture, however. Two sources told the publication the game is essentially canceled, but it might reemerge in another form later. They also said there are no planned layoffs at the studio at this time.

Breakaway is one of three projects currently in development at Amazon. The other two are a sandbox MMO called New World, and a competitive third-person sci-fi shooter called Crucible.