The Producers Guild of America announced Monday that Harvey Weinstein has been banned for life from the organization following the sexual assault allegations against the producer. 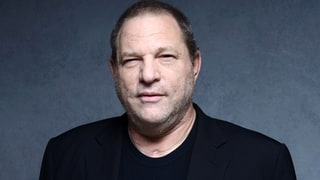 The Hollywood Reporter writes that Weinstein officially resigned from the PGA on Monday; like the Academy of Motion Picture Arts and Sciences, the producers’ guild was already in the process of expelling Weinstein after dozens of women came forward to accuse Weinstein of sexual assault.

“In light of Mr. Weinstein’s widely reported behavior – with new reports continuing to surface even now – the Producers Guild’s National Board has voted unanimously to enact a lifetime ban on Mr. Weinstein, permanently barring him from PGA membership,” the PGA said in a statement Monday.

“This unprecedented step is a reflection of the seriousness with which the Guild regards the numerous reports of Mr. Weinstein’s decades of reprehensible conduct. Sexual harassment can no longer be tolerated in our industry or within the ranks of Producers Guild membership. As stated previously, the PGA’s Officers and National Board of Directors have created the Anti-Sexual Harassment Task Force specifically charged with researching and proposing substantive and effective solutions to combat sexual harassment in the entertainment industry.”

As the head of both Miramax and the Weinstein Company, Harvey Weinstein was among the guild’s most notable members: In 2013, Harvey and Bob Weinstein were presented with the PGA’s Milestone Award, the guild’s highest honor, the Hollywood Reporter notes.

In the aftermath of the Weinstein scandal, the producer has also been barred from the Academy, suspended by the British Academy of Film and Television Arts and fired from the company bearing his last name.