Alison Saunders, Director of Public Prosecutions, said there was a difference between a defendant being found innocent and an allegation being ‘false or malicious’.

Her comments came during a heated exchange with John Humphrys on BBC Radio 4’s Today programme in which he caused a backlash after suggesting the ‘scales have been tipped a little too far’ in favour of victims of sexual assault cases.

‘It means the defendant has been found innocent but that does not necessarily make it a false allegation.

‘When we did some research we looked at more than 5,500 cases and found only a very, very small minority where we thought there was a false or malicious allegation.

‘We do prosecute people for false and malicious allegations and have done in the past and when we have prosecuted them they have received extremely heavy sentences, quite rightly reflecting the seriousness of the allegation.’

She added: ‘I think there is more reporting of false allegations but I think we have to be careful not to see acquittal as a failure when it is not.

‘It is actually our system working. These are really difficult offences to prosecute and for a jury, they have to be sure beyond all reasonable doubt and I think it is right to have a high threshold.

‘I think we should be careful in the rhetoric around an acquittal being a ‘failure’. It’s not, it’s our system working and we certainly would not want to be in a position where we would only try cases which were going to succeed because then we would rightly be accused of being risk-averse and not taking cases to court.’

Meanwhile Mr Humphrys was slammed online for his comments with furious listeners accusing him of sexism and calling for him to retire.

The veteran Today programme presenter, 74, suggested the ‘problem’ with sex assault cases was the accuser being named publicly while victims get anonymity.

He added there was ‘anecdotal’ evidence of a rise in the number of false claims and that is was ‘regrettable’ former prime minister Edward Heath’s ‘reputation was besmirched’ by historic child sex abuse allegations. 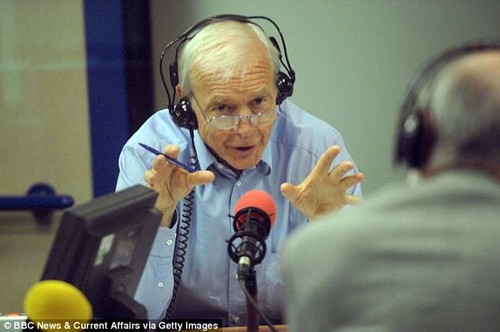 John Humphrys, pictured, has sparked a furious backlash after saying the ‘scales have been tipped a little too far’ in favour of victims of sex attacks on the BBC Radio 4 Today programme

His comments, including a claim that there is ‘anecdotal evidence’ of a rise in false accusations, have led to people accusing him of ‘lacking sensitivity and compassion’ and calling for him to retire

Criticism has been pouring in online, with some saying his remarks were ‘wholly inappropriate’.

Mr Humphrys was discussing a report published today by the Crown Prosecution Service which said a record number of people in England and Wales have been prosecuted for sexual offences, while convictions of violent crime against women and girls has increased from 69 per cent of cases in 2008 to 75 per cent this year.

Ms Saunders said: ‘Just because there is an acquittal, that doesn’t mean it was a false allegation. When we did some research and looked back at over 5,500 sexual assault cases, only a very small number of allegations were deemed false or malicious.

‘Of course we can only prosecute those who are alive and therefore have the ability to put their defence before a jury. The job of the police is to establish the facts and find out if there were any co-conspirators involved.’ 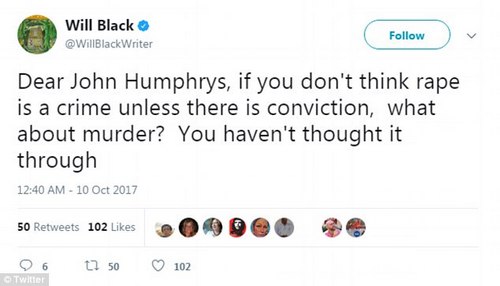 Others said Mr Humphrys had not thought his comments through

Journalist Will Black added: ‘Dear John Humphrys, if you don’t think rape is a crime unless there is conviction, what about murder? You haven’t thought it through.’

And Shahil Parmar said: ‘John Humphrys abject lack of sensitivity & compassion on #r4today is beyond absolute belief. He ought to retire.’

A spokesman for the BBC said: ‘John Humphrys explored in his line of questioning what lay behind the statistics published today and the Director of Public Prosecutions gave a clear explanation of the legal system.’ 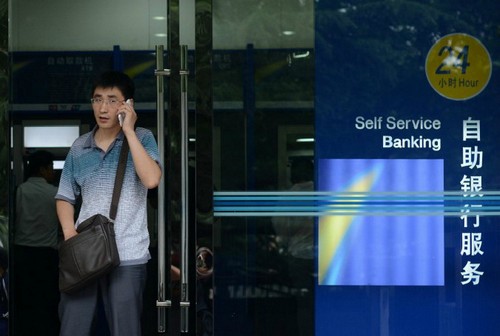 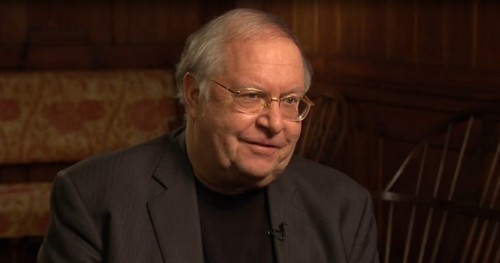