The loud story about the salaries of Novosibirsk scientists (one of the employees complained to the president about the low salary) thundered all over the country. During this week, we learned what the SB RAS threatens after Putin’s reaction, why scientists are “worthy” of such a salary, and also how much that same researcher actually earns.

We talked with a candidate of chemical sciences from the Siberian Branch of the Russian Academy of Sciences (also a reader of the NGS) and found out what the life of a scientist actually looks like.

Researcher of the SB RAS spoke about the salaries and work of scientists. Do you know what Novosibirsk scientists are doing?

The bare salary of a researcher with a candidate’s degree is approximately 30-35 thousand. If he is engaged in scientific projects, then allowances are possible. Publishing activity is also encouraged (it is a necessary element of a scientist’s work). If there are no publications, then the researcher quickly ceases to be a “researcher” and is transferred to “engineers”. The salary consists of a salary, grants from the RFBR (Russian Foundation for Basic Research) or RSF (Russian Science Foundation) and other funds, economic agreements.

The problem with funding has been known for a long time, so I think that the complaint of a researcher could have been staged – this story was simply pulled out at the right time. Poor funding for science has never been news, although there are those in this area who make millions. Of course, they do not get these millions for their beautiful eyes. There is a lot of work, sleepless nights, stress, it is always the work of a large number of people, because science is collective work. 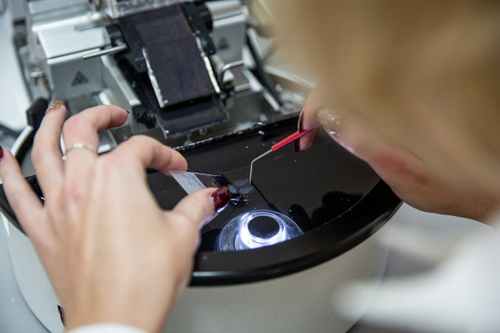 With the order to increase the salaries of scientists – the same story as with all other industries. There is an order, but Moscow does not show any intention to multiply funding. So where does this double wage increase come from? The only thing that remains is to cut the rates – we will, as in the anecdote about Cheburashka and Crocodile Gena, bite off our legs. But then let’s make a 4-hour workday too. And this, in turn, is unrealistic, because a scientist’s working day is not standardized.

What are scientists doing?

The duties of the researcher include the implementation of the work plan for a year or longer. Plans and reports are written annually and are drawn up either by the researcher himself, if he is a free bird, or in collaboration with the chief, if he has a vested interest. Those who have grants must complete the task set in the project. But basically, after completing scientific work, you need to write more articles in authoritative scientific journals – this is a formal sign that the work is done.

Collective use centers are now widespread: you submit an application, they do tests or research for you. A scientist cannot do absolutely everything by himself. This is usually free of charge; fees may be required for complex analysis. You can agree that they will do something to you out of old friendship. In Akademgorodok, the theory of six handshakes turns into a theory of two or three handshakes. Sometimes one or two. This is facilitated by the proximity of the SB RAS and NSU. Most of the scientists of Akademgorodok, especially the young ones, are from NSU, many live in hostels, which also contributes to closer communication. Many people work at the SB RAS and teach – there is an opportunity to attract young people to work.

A good scientist will get the “exhaust” from articles or grants. Or moral satisfaction from a completed task. A bad scientist lives off his salary. I believe that it is impossible to live on one salary of a scientist.

Another salary at NSU helps me out. In total, it turns out not so that very “tasty”, but bearable – quite noticeably higher than the average for the region. It would be nice if the salary was increased by at least 10,000 rubles, and even better if more funds were allocated to provide scientists with the minimum necessary resources. And it would be absolutely great if there were less bureaucracy, because it stifles the scientist’s enthusiasm in the bud.

Often, the institution allocates some ridiculous amount of 5-10 thousand per person once a year (at least at my place of work). This is enough to buy solvents, simple reagents, but some equipment or expensive reagents cannot be bought for this money. Many consumables have to be purchased at their own expense. You just have to, otherwise the work is worth it. It is impossible to do scientific work out of hand – the interest of the performer himself is in the first place. If there are no grants, then life becomes sad. A complex job cannot be done without a lot of money; no one will pay much for a simple job. Vicious circle.

All the great discoveries that have turned the life of mankind have already been made before us. At the time they were made, they were often underestimated. Only with the passage of time did people realize that electricity is cool, and without aluminum, which at the time of its discovery was more expensive than gold and was considered a completely useless metal, no development is now possible.

How do you get those grants?

Some grants are received on a regular basis, while others are not received at all. To get a grant, you have to go through a competition of applications, and there are always a lot of them, because everyone needs money. You do not know what place in the list your application takes, how much you lack to receive: maybe you just fell short, maybe you are standing in the tail. Sometimes the votes of experts are divided equally, sometimes experts write exactly opposite things in their reviews. The grant distribution system is still very primitive in its structure, although it has been working for a long time.

In general, it is not so bad to be engaged in science in Novosibirsk – we have a large base. But it is becoming obsolete, because it still remains from the USSR, and they are not particularly trying to develop it, they are only reforming it. And our reforms boil down to one thing – optimization.

Office employees have KPIs, but how to evaluate the work of a scientist?

It’s not even about the salary alone. It is not enough, it is obvious. There is a systemic problem – how to evaluate the work of a scientist? A lot of this puzzle, which is the system of the universe and world order, will never be useful to anyone. It turns out that the scientist, developing this useless and not interesting to anyone except himself, is wasting taxpayers’ money. But he gets knowledge, information. It is often impossible to figure out whether it is necessary or not, five minutes after receiving it. However, there is no useless knowledge. It’s time to understand already that a scientist is not a machine for the production of information, he is a living person and a lot of factors affect his work.

Science is an expensive pleasure for the state if it is interested in it. There is nothing to say about the commercial “exhaust” – then it is necessary to seriously study the issue of introducing scientific developments. The authorities are clearly demonstrating their intention to maximize results with minimal costs.

It doesn’t work that way. In our country, there is no respect for the work of a teacher or for the work of a scientist. A person “not from science” is not able to adequately assess their work, simply because he thinks in completely different categories. This does not mean that a person outside of science is primitive by default. It’s just that we are different and think a little differently, our priorities are set differently.

If we want the country to have science, then the issue of salaries is raised correctly – that kind of money does not provide a researcher with the opportunity to work comfortably, eat right and dress well, let alone go somewhere far on vacation. In this situation, he simply has no time to think about the fate of the world, and a real scientist must always think globally and for the future. If we want science to develop on the interests of the researchers themselves, then the salary should be abolished altogether. Then those who drink tea all day will leave, and only those who are able to receive grants from the state will remain. True, the institutions will be emptied by 80 percent.

I would like to wish the youth a great seel and, most importantly, not blindly recognize any authorities, question everything and do not hesitate to check everything for the one hundred and first time, not forgetting about the world experience. If we have at least two or three such generations, there will be science. Now I see the opposite trend. Everyone takes it on faith and does not ask questions. Not everyone is like that, of course. I always sincerely rejoice when I see inquisitive young people – I remember myself in their years, when I came to college.