There is a new way to stay clear-headed at high altitudes when your body feels deprived of oxygen, a study has revealed.

The report from Third Military Medical University in China found that a drug called oxiracetam improved people’s cognitive function when they were at about 13,000 feet.

Altitude sickness causes a host of symptoms from vomiting to a lack of appetite, and it plagued 20-year-old reality television star Kylie Jenner, who is now allegedly pregnant, on a recent trip to Peru.

Researchers who worked on the report concluded that people traveling to high altitudes for sport, religious or other reasons could benefit from being treated with the drug before embarking on their journey. 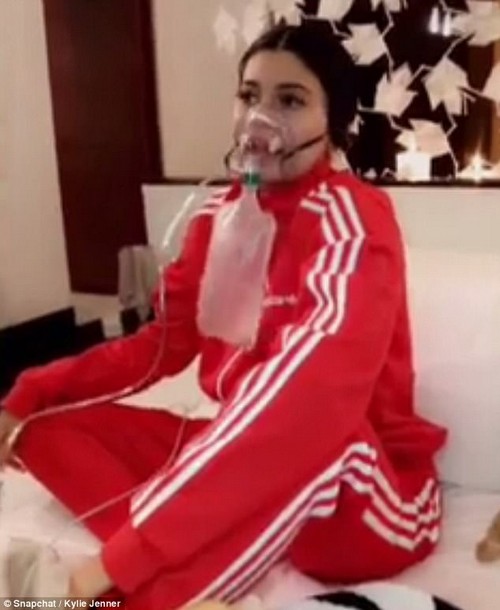 What is altitude sickness?

Altitude sickness occurs when you cannot get enough oxygen from the air at high altitudes.

Air is ‘thinner’ at high altitudes. When you go too high too fast, your body cannot get as much oxygen as it needs, which you need to breathe faster.

In severe cases altitude sickness can cause a build up of fluid in the lungs and brain which can be fatal.

When this happens, symptoms include being confused, not being able to walk straight and feeling faint.

These symptoms mean the condition is severe and it may be deadly.

For the study, researchers observed 60 male participants between the ages of 18 and 36.

The height they reached during the experiment is about two-thirds the height of Mount Kilimanjaro.

Some of the participants received 800 milligrams of oxiracetam three times a day after being exposed to the air 13,000 feet above sea level.

And researchers found that these people experienced higher cognitive function levels than members of a control group who had not been given oxiracetam.

The study was the first of its kind in studying how oxiracetam affects people exposed to high altitudes.

Altitude sickness can result in a number of symptoms including headaches, vomiting, nausea, lack of appetite and feeling tired. But the illness can also result in brain damage or even death in extreme cases.

People who have traveled to high altitudes should seek medical attention in the event that they experience difficulty speaking, difficulty remembering words, a hard time understanding what someone else is saying or difficulty writing or reading.

The researchers are hopeful that their study benefits people who are considering traveling to dangerously high altitudes.

‘Oxiracetam can reduce such cognitive impairments,’ the study continued, adding that it ‘could be a potential preconditioning approach for cognitive decline induced by high altitude’.

The report was funded by the National Natural Science Foundation of China.