Belgium signed off their World Cup 2018 qualifying campaign with a comfortable victory over a determined Cyprus.

Roberto Martinez’s side had already sealed their place in Russia next year way before Tuesday night’s fixture in Brussels.

Martinez named a relatively strong squad with Chelsea team-mates Eden Hazard and Michy Batshuayi both in the starting line-up. 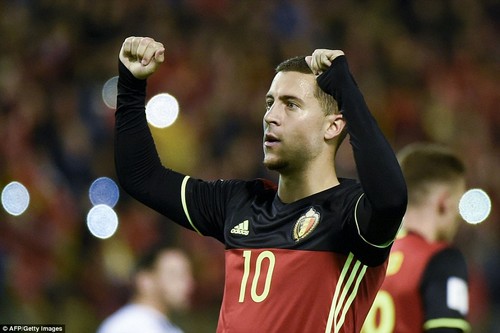 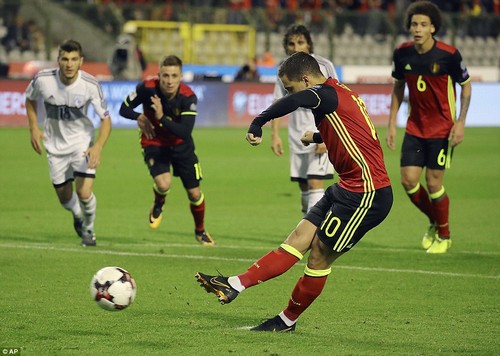 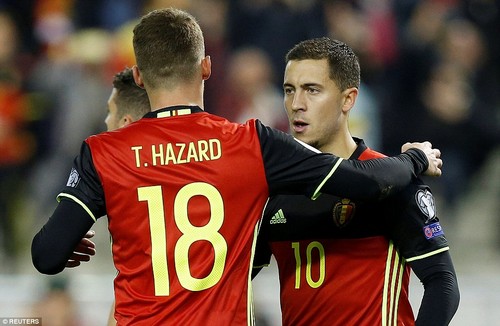 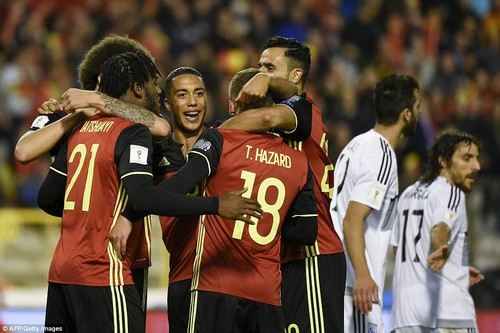 It would be Hazard who would put the home side in front. Youri Tielemans, who moved to Monaco from Anderlecht in the summer, cleverly worked the ball to Hazard who found space for a shot before firing past goalkeeper Kostas Panayi.

Belgium continued to dominate possession in the first half and created a number of chances but Cyprus were well organised in defence.

Batshuayi came close to doubling his side’s advantage when he collected the ball inside the Cyprus penalty area, but his shot on the turn went narrowly over the crossbar.

Cyprus managed to make it to half-time without conceding despite Eden’s brother Thorgan going close seconds before the interval.

But Martinez’s players haven’t won nine of their 10 matches during this campaign for nothing, and it would be Thorgan who would eventually add a second.

He took advantage of slack defending seven minutes after the restart and slotted past Panayi, who had moments earlier produced a brilliant save to deny Batshuayi.

Cyprus had by now lost any hope of finding a way back into the game. Their pride was dented once more when Eden Hazard scored from the penalty spot.

Belgium hadn’t finished enjoying there night there, though. No. Romelu Lukaku replaced wing back Thomas Meunier after 66 minutes and he wasn’t going to let the evening pass him by without scoring.

He got his goal 12 minutes before the end when he sent Alex Witsel’s brilliant ball into the Cyprus box into the bottom left corner.

Ran 250 kilometers across the Sahara desert