Responding to a complaint brought by Litvinenko’s widow Marina, the ECHR said it established “beyond reasonable doubt” that the assassination had been carried out by Russian citizens Andrei Lugovoi and Dmitry Kovtun.

The European Court of Human Rights (ECHR) on Tuesday ruled that Russia was “responsible” for the 2006 killing in London of the dissident former agent Alexander Litvinenko with the radioactive substance polonium.

Litvinenko died after drinking tea laced with the radioactive isotope at a London hotel in a case that has weighed on relations between Britain and Russia ever since.

“Russia was responsible for the assassination of Alexander Litvinenko in the U.K.,” the Strasbourg-based court said. 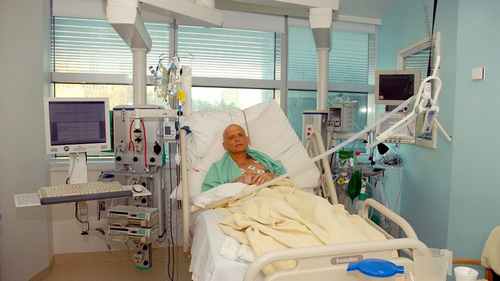 The pair had travelled to the British capital with the aim of killing him, the court found.

“The planned and complex operation involving the procurement of a rare deadly poison, the travel arrangements for the pair, and repeated and sustained attempts to administer the poison indicated that Mr Litvinenko had been the target of the operation,” it said.

It added that that there was also a “strong prima facie case that, in killing Mr Litvinenko, Mr Lugovoi and Mr Kovtun had been acting on the direction or control of the Russian authorities.”

Russia had not attempted to show in the case that there pair were acting as part of a “rogue operation” and had also failed to rebut the case in favour of state involvement.

The court thus found “that Mr Litvinenko’s assassination was imputable to Russia,” it said.

Critics of the Kremlin see the Litvinenko killing as one in a line of assassination plots ordered by Russia, including the attempted poisonings of former agent Sergei Skripal in Britain in 2018 and opposition leader Alexei Navanly in Siberia in 2020. The Kremlin denies the charges.

Three Vatican Swiss Guards have reportedly resigned after refusing to get the coronavirus vaccine.

The guards left on a “voluntary” basis, according to a spokesperson for the corps, following the Holy See’s enforcement of new Covid-19 measures.

Another three unvaccinated members who decided to get the jab have been temporarily suspended until they are fully inoculated, Swiss newspaper Tribune de Geneva reported.

A spokesperson for the Swiss Guards, the elite colourfully dressed corps that protects the pope, did not immediately respond to a request for comment.

A health certificate showing proof of immunity to Covid has been required to enter the Vatican since 1 October.

The so-called Green Pass – originally conceived to ease travel among European Union states – shows that someone has been vaccinated, tested negative or recently recovered from coronavirus.

However, the Swiss Guards, who together with the Vatican’s gendarme work in close vicinity to the Pope on a daily basis, have been required to show proof of full vaccination, as opposed to a negative test.

Nearly all of the guard are single men who live in barracks just inside the Vatican gates.

Commanders and married members live in separate apartments. All members have Swiss nationality.

Four of them tested positive for Covid-19 in October last year.