The Florida sheriff, however, said on Monday that there was no evidence to support his allegation. Shaun Runyon, a 39-year-old electrician, confessed to the killings multiple times while adding that his colleagues had raped him.

A man accused of killing three of his co-workers in central Florida last week told detectives that he committed the crime because his colleagues had raped him.

Polk County sheriff Grady Judd said “he hated all three of them” and added that a sexual battery test failed to confirm the allegations of rape. “I want to underscore there is absolutely unequivocally zero evidence,” the sheriff said.

The accused has been charged with three counts of first-degree murder and one count of aggravated battery. Jail records showed that Mr Runyon was not eligible for bond and an online docket showed no lawyer who could comment on the charges. 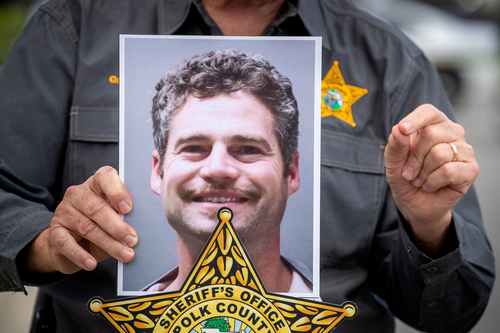 Last Friday, Mr Runyon got into an argument and punched his supervisor after being told that he wasn’t working fast enough. His half-brother then told him to return to Pennsylvania, according to the sheriff.

Mr Runyon was driving through southern Georgia when he reportedly heard a radio ad about a sale at a sporting goods store and went there to purchase a crossbow. He then drove back to Florida and parked his work truck at the Tampa airport.

The next morning, he rented another vehicle and went to the rental house in Davenport, Florida, where his colleagues were living with their families, the sheriff said.

Mr Runyon first attacked the supervisor, who was asleep, with a baseball bat, officials said. The supervisor later died in a hospital. Mr Runyon then allegedly attacked a second colleague, who was also sleeping, with the same bat.

When he went to the third bedroom, a co-worker fought back. The accused then pulled out a knife and stabbed the third co-worker, who ran outside for help but collapsed and died on the front porch, the sheriff said.

After allegedly hitting a fourth colleague in the back with the bat, Mr Runyon fled the house and drove about 30km to the home of a Publix employee who had planned to hire him to do tile work at his house.

Another co-worker, his wife and their 7-year-old daughter escaped unharmed.

Mr Runyon had been out on bail in connection with other charges in Pennsylvania, including a felony count of strangulation, along with misdemeanour counts of child endangerment, terroristic threat and reckless endangerment, the sheriff said.