Brewer succeeds Stefano Pessina, who served as CEO for six years following the merger between Walgreens and Alliance Boots in 2014. Pessina will transition to executive chairman of Walgreens Boots Alliance Inc.’s board.

Starbucks announced Tuesday that Brewer was departing after a little more than three years as its chief operating officer. Walgreens later confirmed that Brewer will take over as its CEO on March 15.

“She is a distinguished and experienced executive who has led organizations globally through periods of changing consumer behavior by applying innovation that elevates customer experiences,” Pessina said.

At Starbucks, Brewer revamped stores, taking out clutter and cutting down on administrative work so employees could focus on customers and speed up service. She helped grow Starbucks’ rewards program and pushed for more diversity in its ranks. 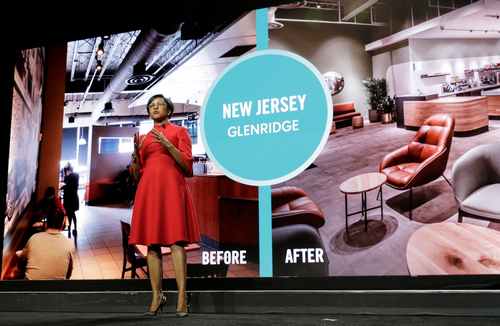 Prior to joining Starbucks, Brewer served as president and CEO of Sam’s Club, the members-only warehouse channel of Walmart Inc. She also grew membership and improved merchandise there.

Before that, Brewer was with Kimberly-Clark Corp. for 22 years. Brewer __ who has a bachelor’s degree in chemistry from Spelman College __ started at Kimberly-Clark as a scientist and ultimately served as president of the Global Nonwovens Sector.

Brewer said she’s excited to innovate in the health care industry at Walgreens, especially as the company helps combat the coronavirus pandemic.

“I step into this role with great optimism for the future of WBA,” Brewer said in a statement.

Based in Deerfield, Illinois, Walgreens says it employs more than 450,000 people and has more than 21,000 stores globally.

Ursula Burns was the first Black woman to run a Fortune 500 company when she became CEO of Xerox in 2009. But she lost that role in 2016 when Xerox split into two companies.

There are only a handful of other Black CEOs in the Fortune 500, including Lowe’s CEO Marvin Ellison.