It’s been eight months since Thomas Rhett launched the Home Team Tour, his biggest headlining run to date. Now, with more than two dozen sold-out arenas under his belt, he’s planning a return to the road in 2018. 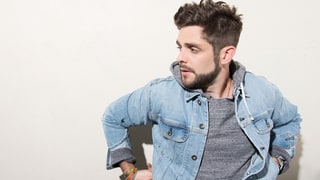 Kicking off April 5th, 2018, the Life Changes Tour will occupy Rhett’s weekends throughout the spring and fall. The tour takes its name from his newest album, whose poppy punch and genre-jumping arrangements point to singer who’s looking far beyond Nashville for inspiration. Appropriately, the tour’s cross-country schedule stretches from New England to the West Coast, making stops at venues like the Los Angeles Forum and Lafayette, Louisiana’s 13,500-seat Cajundome along the way.

Rhett has played several of these venues before, albeit as the opening act for heavyweights like Jason Aldean and Florida Georgia Line. This time, he’s the top-billed act, with Brett Young supporting on all dates and a rotating lineup of artists – including Midland, Russell Dickerson, Jillian Jacqueline and Carly Pearce – kicking off the night. Rhett will step back into a supporting role at the end of May when he joins Kenny Chesney’s stadium-sized Trip Around the Sun Tour through August, then he’ll resume headlining duties on the Life Changes Tour in September with dates currently extending through October 27th in Sacramento, California.

Meanwhile, Rhett also has a high-profile performance at the CMA Awards on November 8th to look forward to. Rhett is also nominated for three awards at the annual ceremony, including Male Vocalist of the Year.