The accused of the murder, 27-year-old Viktor Afanasyev, spent more than two years in prison and was released ahead of schedule (initially he was given eight and a half years in a maximum security colony). The Novosibirsk Regional Court overturned the guilty verdict, found the young man innocent and returned the case for further investigation.

The NGS learned how his life has changed and at what stage the criminal case is now.

Mass brawl and death of a fan

On November 18, 2017, fans of football clubs from Novosibirsk and Krasnoyarsk fought on a sports ground in the Zaeltsovsky district. During the scuffle, Eduard Samyshkin was killed. His temple was punctured and his cervical vertebrae were broken. Soon the police detained the suspect, 24-year-old Viktor Afanasyev. He was taken off the train in the Kirov region.

Almost a year and a half later, on June 13, 2019, Viktor Afanasyev was sentenced to 8.5 years in a strict regime colony for intentionally causing grievous bodily harm, which, through negligence, resulted in the death of a person. Novosibirets disagreed with the verdict and appealed against the decision of the Zaeltsovsky court.

2.5 years of struggle for freedom

The appeal was considered for a year. Viktor was transferred from Novosibirsk to a pre-trial detention center in Linevo. At first, he participated in the meetings by video link, but then asked to be allowed to personally attend the process. At one of the meetings, a video was studied, which shows that Victor was a few meters away from the deceased Edward.

– I was brought back to Novosibirsk and these processes began. There was much more information, the witnesses were given as much time as needed to study the record, no one interrupted them. The regional court ruled that I was telling the truth. I do not deny that I took part in this fight, I have never denied. But they tried me not for a fight, but for a murder in which I was not involved, – says Viktor Afanasyev. 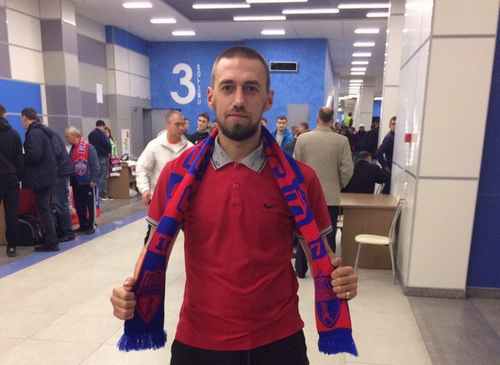 On May 7, 2020, the Novosibirsk Regional Court overturned the guilty verdict. The case was returned to a lower court.

Previously, Viktor Afanasyev worked as a manager in one of the catering establishments in Novosibirsk. After his release, he still cannot find a job.

“I spent 2 years and 5 months in a pre-trial detention center, a verdict was passed, then canceled, and now there are problems with finding a job,” says Viktor. – When I go through a security check, they show me that I am on trial, and, in fact, should still be punished. Now all this is being removed from the bases. I think that in the near future this information will be erased. I want to start whitening my name.

Several years in the pre-trial detention center, admits the Novosibirsk resident, greatly influenced him emotionally, but the support of his loved ones helps him.

– I think that almost 2.5 years in prison will not benefit anyone. Thank God, serious problems bypassed me, there are minor ones, like gastritis, insomnia … Friends, those who knew me earlier did not initially believe in my involvement in this, there was serious support from relatives and friends. Actually, thanks to this, I probably found myself free, because no one gave up, we fought to the end. Those who knew me intimately have no doubt that I am innocent. Some acquaintances have mistrust in their eyes, but, by and large, their opinion is not very important to me, – says Victor Afanasyev.

Law enforcers continue to investigate the murder of Eduard Samyshkin. New defendants have appeared, Viktor Afanasyev is now passing as a witness:

– This story is still long before the end, because other people have been attracted, they are under investigation, under house arrest. They were charged. Face-to-face bets were carried out. I think the courts will begin soon.

The information that the investigation is ongoing was confirmed by the NGS in the prosecutor’s office.

– The case was sent for additional investigation, which has not yet been completed. It ends around mid-April. Then it will be sent to the prosecutor’s office to verify and approve the indictment, – said the senior assistant to the regional prosecutor Pavel Makarenko.

Viktor Afanasyev expressed his condolences to the family of the deceased. He also thanked his family and his lawyer for their support:

– We took up a position and stood to the end. When the lawyer – Olga Ogneva – entered the case, then, naturally, she did everything that depended on her. The first time we were shown a video of a fight six months after we met. And the person who does not know me closely, when watching the video, was able to recognize me and made sure that it was not me who committed the crime. I think justification has already become a matter of principle.

The investigative committee for the NSO could not promptly comment on the progress of the investigation of the high-profile case.

In December last year, the court acquitted Alexander Filippov, who was accused of murdering Leonid’s brother. The body of the deceased was found in an apartment in 2014, there was an injection mark on his arm, and lidocaine was found in his blood, which could lead to death. However, it was not possible to find out whether the dose was lethal. There were no Alexander’s prints on the syringe. He was sentenced to 8.5 years in a maximum security colony, after which he appealed. The NHS had a detailed understanding of this story.