Belarusian strongman Alexander Lukashenko has thanked Russian television channel RT for providing “support” after some staff and presenters at Belarus’s state broadcaster quit in protest over his disputed re-election.

“I am grateful to you for this support,” Lukashenko told an RT journalist in a video released by the channel.

“This is worth a lot,” he said in the clip released on Tuesday.

“You understand how important you’ve been for us in this difficult period,” Lukashenko said, thanking technical staff, journalists and top management at state-controlled RT.

The journalist speaking to Lukashenko rushed to interject, insisting that RT staff were not replacing anyone in Belarus. 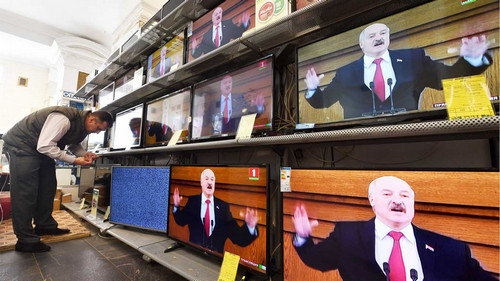 Unprecedented protests broke out in Belarus after Lukashenko, who has ruled the ex-Soviet state for 26 years, claimed re-election with 80 percent of the vote in an August 9 election.

Critics say the election was rigged but the 66-year-old has refused to give in to protesters’ demands to quit.

Last month around 300 Belarusian state television and radio workers staged strikes in a gesture of support for the protesters. Dozens of employees including a number of top presenters have also quit.

Russian business daily RBC reported on Monday that at least two teams of technical staff from RT had arrived at the studios of state television since August 18 to provide assistance. It said one of the teams had since left.

Belarusian state TV has used RT footage and an RT team is following Lukashenko during his travels around the country.

Russian President Vladimir Putin has backed Lukashenko and raised the possibility of sending military support if Belarus “starts to get out of control”.

Belarusian authorities have withdrawn the accreditation of a number of journalists with foreign media, including from AFP, and detained local reporters.

Vladimir Putin set out a clear path to Russian military action in Belarus for the first time on Thursday, announcing that he had agreed to assemble a “law enforcement reserve” at the request of the country’s embattled autocrat Alexander Lukashenko. 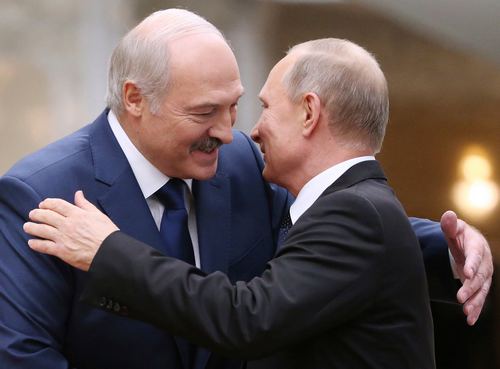 Such forces, used only if the situation went “out of control”, would be provided under the terms of a joint security treaty, Mr Putin said.

The carefully choreographed comments – delivered in a 20-minute interview on Russian state television – will provide a huge comfort to Mr Lukashenko and his allies. They will also have alarmed the overwhelming majority of Belarusians who have for the last three weeks bravely protested the violent excesses that followed a blatantly stolen election.