Ms Petito’s profile on the camping app shows she was interested in staying at several campsites in that area, including one in the Porcupine Rim area of the Manti-La Sal National Forest.

This campsite was just five miles from where Moab residents and newlyweds Crystal Turner and Kylen Schulte were found shot dead on August 18.

The locations listed on her public account on The Dyrt show locations where the couple visited across several states on their cross-country trip, and indicate where they may have been heading next. 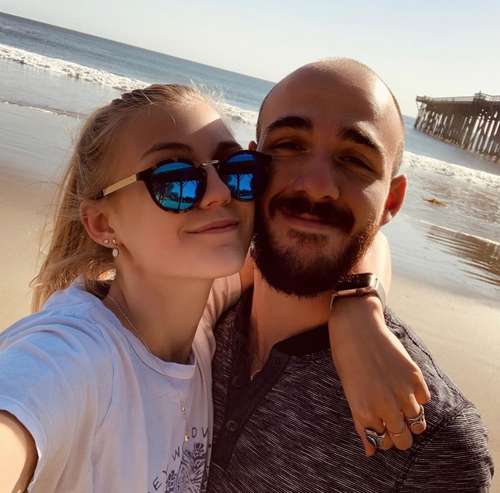 It also sheds new light where they may have stayed in and around Moab, Utah, on 12 August, where police were called to a violent argument between the couple.

The Grandy County Sheriff’s Office investigating the couple’s murder say they are looking at a “potential connection” between Ms Petito’s disappearance and the double homicide.

Ms Petito, 22, left several reviews of campsites she and Mr Laundrie, as well as posting pictures of the couple and their van.

Ms Petito has not been seen since 24 August, and her boyfriend has been named a “person of interest” in her disappearance.

An analysis of the Ms Petito’s entries on the site by KSL’s Cold podcast shows Ms Petito referenced campsites in several states including Utah and Wyoming, where investigators are focusing their search for Ms Petito.

In her final review posted to the site on 29 July, Ms Petito wrote about spending the night on Willow Springs Rd in Utah’s Arches National Park, not far from the Double Arch monument where she posted pictures to Instagram of on August 12.

“Highly recommend taking a walk to watch the stars very late at night,” she wrote.

“There is a spot past the tress if where the sky completely opens up, really nice spot in the shade to put tent! Got to watch a crazy thunderstorm in our newly converted van! Follow our journey Nomadicstatik.com & YouTube!!”

She also left a review for Bryce Canyon National Park in Utah on 22 July.

“Stopped here to enjoy some more of the storm out in a more private and secluded spot, but not too secluded, there are plenty of spots but there’s also lots of trees,” Petito wrote about one site near Bryce Canyon National Park. “Bumpy gravel road to get in but it’s not bad if you make it in the daylight. Also good service so I was able to work from my computer.”

Ms Petito refers to Mr Laundrie as her fiancé in one of the posts, and describes them both as experienced hikers who often take on challenging hikes.

“We are both young and fit, with our big backpacks on it probably took us about two hours to make it to the tip of dragons tooth,” she wrote on 26 July, referring to a popular hiking trail in the George Washington National Park in Virginia.

The search for Ms Petito is currently focusing on the Grand Teton National Park in Utah, where witnesses saw the couple’s Ford Transit van on 25 August.