The search for a Siberian woman with African curls in Novosibirsk dragged on for 10 days. The last time Catherine contacted her family was on February 20

In Novosibirsk, the search continues for the missing 31-year-old Ekaterina Plotnikova – the last time she contacted her relatives was on February 20. Volunteers and the police are looking for the girl, but so far to no avail.

The NGS journalist talked to Catherine’s mother and acquaintances and found out how the search for the missing woman was going.

On February 20, Ekaterina spoke with her relatives on the phone, said that she was not feeling well. After that, the Siberian woman stopped accessing social networks, and her phone number was still unavailable.

– Katya rented a private house together with a girl. We got through to the owner, got through to this girl. Katya was not in the house, – recalls the mother of the missing girl Larisa Plotnikova.

At home Catherine had a cat and four dogs, one of which belonged to Katya. The missing girl took three more dogs to her for overexposure for two weeks before the disappearance. Now all the animals have been accommodated with the help of volunteers.

– I have no puzzles add up, – Larisa Plotnikova is perplexed. – The dogs were left at home. She went to the shelters at night, picked them up, took them to her house. And then she closes them, throws them at home and disappears without saying anything to anyone? This situation is incomprehensible. Katya is not at home, the dogs are hungry. And she’s still a diabetic, she needs injections. She couldn’t run away like that and abandon her dogs.

“I used to run away from my ex-husband “

Ekaterina is from Yurga, her whole family lives there. The girl moved to Novosibirsk several years ago. What exactly she did in the city is unknown. On her page on VKontakte, GKB No. 1 is indicated as the place of work. The mother of the disappeared said that she did not know where her daughter worked and whether she worked at all. 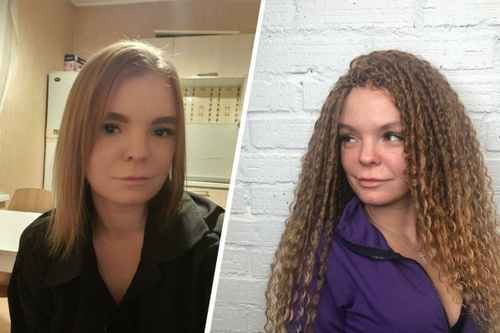 According to the volunteers, about two years ago, Ekaterina had already disappeared – then she herself got in touch, having seen her orientation. This time, the girl has not been in touch with loved ones for 10 days.

“It used to be, she disappeared for two days, ran away from her ex-husband,” Larisa Plotnikova explained. – Her phone was lost, she left it in the taxi. But she called me then, said: “Mom, don’t lose me.” I want to tell you: Katya’s whole life is strange, all her life there is a war in the house. Katino’s behavior is just awful. That is, from childhood, she did not behave very well, did not succumb to my influence.

Acquaintances of the missing girl say that Catherine can be anywhere.

– As with a person it is normal to communicate with her. She will not offend, she will not ask again, ” an acquaintance of Ekaterina Plotnikova told the NGS correspondent. – She used to have a young man, they were friends, then they parted. So he said that when they were together, she was lost for five days. She already had a dog then, he looked after her dog.

Ekaterina’s phone is still out of reach. The girl did not appear on social networks either – the last time they visited her page on VKontakte was on February 24, after the girl had disappeared. But it turned out that Larisa Plotnikova accidentally did it when she was looking at her daughter’s laptop.

– The situation remains at the same stage, – told the NGS correspondent in the press service of the Main Directorate of the Ministry of Internal Affairs for NSO. – That is, there is no additional information about the fact that somewhere she was seen, some new details. Everything is at the same level. She does not get in touch with relatives. Until now, measures are being taken to establish its whereabouts.

Volunteers are not yet actively looking for Ekaterina Plotnikova – and there are also reasons for this.

“At the moment, the search group does not have any evidence that would give us the direction of the search,” Alesya Yablonskikh, head of the Novosibirsk search group “Liza Alert”, explained to the NGS correspondent. – Therefore, we distribute orientations on the Internet in order to get the maximum hail, to receive certificates and already, based on these certificates, go somewhere in search. An adult, capable girl is able to move around the city, around the region, across Russia. And, accordingly, we have no evidence in which direction to make an active search. Warmer every day: forecasters gave a weather forecast in Novosibirsk