In an interview with Dagens Nyheter, Swedish archaeologist and writer Jonathan Lindström – author of Sex of All Time: Love, Violence and Religion for 14,000 Years – revealed new details of ancient sex.

The archaeologist himself was worried that it would be “empty chatter”, but now he is proud of his scientific research discovery. His book came out only in audio format and only in Swedish, but we were passionate about how interesting it is to know the details. We have collected the most entertaining excerpts from his work and supplemented them with facts that experts shared with us.

It turned out an educational program about the sex of our ancestors.

Did the ancient people remain faithful

Jonathan Lindström answers – in the Stone Age, when groups of relatives moved from place to place in a vast territory, the minimum cell of the tribe was a man, a woman and a child, most often they could only rely on each other. Much depended on family members, so they had to treat each other with care.

And only much later, among the Vikings, men “with opportunities” got themselves several wives and slaves for pleasure. According to the researcher, 85% of all known societies adopted polygyny. 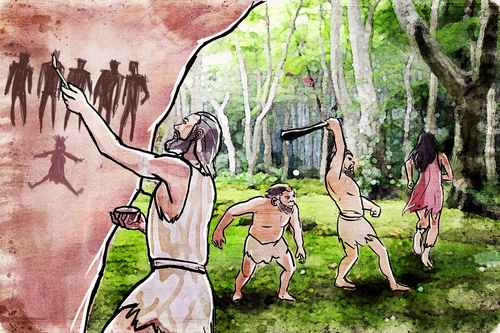 As historians testify, polygyny was popular in Ancient Russia as well. For example, the Equal-to-the-Apostles Prince Vladimir had several wives.

The archaeologist emphasizes that this did not concern women, and completely different rules were in force for them. The Roman Tacitus, who wrote about the Germanic tribes shortly after the birth of Christ, said that women convicted of infidelity were shaved bald and driven naked through the village with sticks. Men, on the other hand, could sleep with everyone in a row with impunity. And then the church established a clear rule that everyone should live like Adam and Eve: one man with one woman. By the way, it seems to be still in effect.

In a book about sex 14 thousand years ago, an archaeologist says that ancient people practiced almost all types of sex, in addition to purely technical things. For example, it is known that oral sex existed even in the Ice Age – this is reliably documented in rock paintings, and this type of sex also made it possible to avoid unwanted pregnancy. So there are some pluses from all sides.

One of the obvious forms of sexual affection that we took from our most distant ancestors is biting. It has been known since ancient times and is present in all types of mammals. This is a way of contact, which at some point may indicate a desire to dominate and show who is in charge (serious, painful bites), and at some point – a demonstration of tenderness and concern (weak nibbling).

– This is definitely a symbolically charged form of interaction. The teeth are something that easily causes pain, therefore, by adjusting the degree of biting, the partner transmits to the other partner a message about his attitude towards him, ” explained psychotherapist Igor Lyakh. 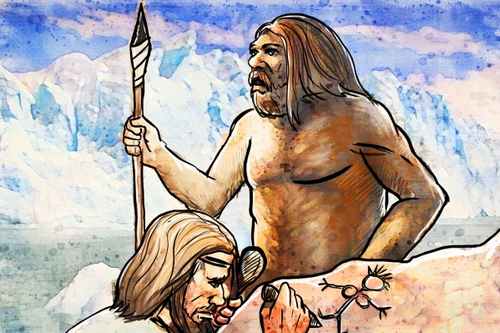 But sexologists urge you to be more careful – with the help of nibbling, our ancestors indicated their intentions, but this does not mean that if you unexpectedly bite your wife before bedtime, she will be in animal delight, although …

Also in his book, the archaeologist says that such seemingly modern phenomena as romantic poetry or “dirty talk” existed in the Middle Ages.

You will be surprised, but then there were also peculiar haters (hello, Instagram) – only they could not sign nasty things on the Web under the photo of the desired woman, so they wrote poems – curses for the ladies who rejected them and tried to curb them with the help of magic.

With the spread of Christianity, views on sex and relationships have changed for the better, the researcher said. For example, a woman, according to medieval rules, received the right to choose whom to marry, and her husband had to be faithful to her – just as she did to him. Before that, only women were punished for treason.

But in some ways it got worse, says the archaeologist. For example, it was in the Middle Ages that sex began to be divided into permissible and unlawful. He explains that it was only possible to have sex in marriage and only in order to have children. This means that homosexuality was immediately officially dismissed as something reprehensible. Oral sex, interrupted intercourse and everything else that interfered with pregnancy – too. In theory, even rape was a lesser evil than, for example, oral sex. Since after him the woman could have a child.

In the 19th century in England, oral sex in matrimonial beds was prohibited. Europe of those times held double standards – while the right ladies did not breathe and did not move in bed, demonstrating humility to their husbands, girls of easy virtue excitedly shook everything that could barely fit in lace pantaloons and collected hungry men’s looks.

“For example, prostitution flourished in 19th century England. Since it is not interesting to have sex with an immobile mummy, they went to the courtesans. A man could only get oral sex then only on the side, – says the head of the Academy of Sexual Skills Yana Arkhipova.

In Europe, they traditionally breathed unevenly towards Russian women. This means that in those days there were craftsmen who were engaged in their sale abroad. One prostitute cost about 30-50 rubles, for example – then courtesans for one visit received from 30 kopecks to 3 rubles, depending on the category of the brothel. The Russian Code on Punishments of 1885 provided for liability only for the sale of women to Asians; the law did not say anything about Europeans.

Officially, prostitution became tolerated in the Russian Empire in 1843, and in the early 1920s, Soviet archivists collected documentary evidence of the dissolute customs of Russian society.

The fact that women during the time of patriarchy lived harder than men is understandable without any excavations and archives. As archaeologist Jonathan Lindström said in his book, in the 19th century, in order to get rid of pregnancy, women were poisoned on purpose. They scraped phosphorus from matches and swallowed it with milk. Many died after that. When you find out this, it is difficult to understand how the idea of ​​a ban on abortion can appear in the heads of today’s sane and advanced people.